Saunders Architecture reconverted abandoned churches, saltbox houses, fishermen cabins and isolated towers to create six artists studios immersed in remote Canadian wilderness. The designs are part of The Fogo Island project: an art program and an exciting sociological experiment aimed to make culture and revitalize the economy and tourism of one of the most remote islands of the Atlantic. Fogo Island floats twelve miles off the northeast coast of Newfoundland, Canada. The raw and poetic, wild and windswept landscape that guests a population of twenty-five hundred people. The Fogo Island project proves that “There is still a future for rural communities and that future is built on innovation, resilience, optimism and the ability to adapt” said Todd Saunders to ArchiPanic.

In the last several decades, the local economy has been challenged by a diminished cod fishery and lack of financial investments. In 2001, successful local entrepreneurs Zita and Tony Cobb founded the Shorefast Foundation with the goal of contributing to cultural resiliency and economical growth of Fogo island. The Shorefast project gave birth to the Fogo Island Arts Corporation that invites artists from all over the world thanks to residency and production programs. Saunders Architects restored six historic buildings that were once a central part of the Fogo Island Community. Deconsecrated churches and fishermen’s cabins, remote towers and “saltbox” houses have been riconverted in order to house new initiatives and guest artists and tourists. 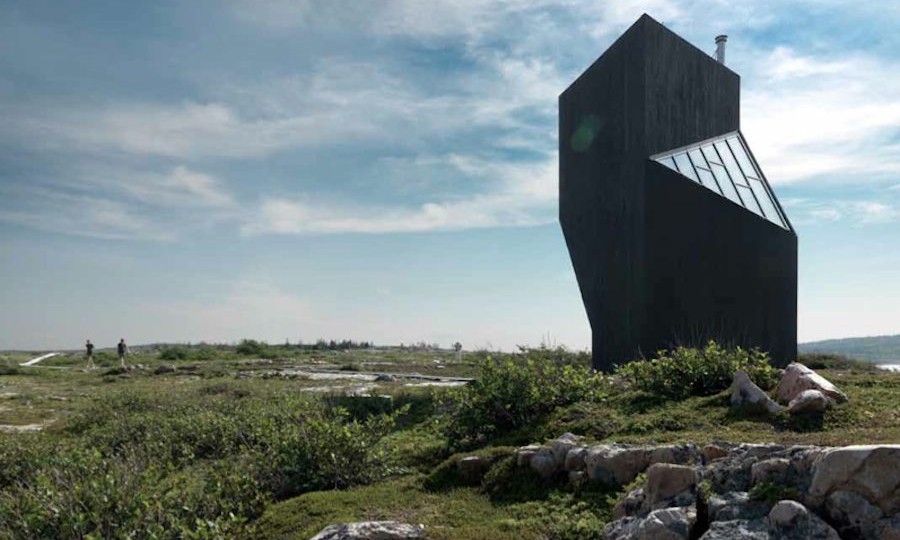 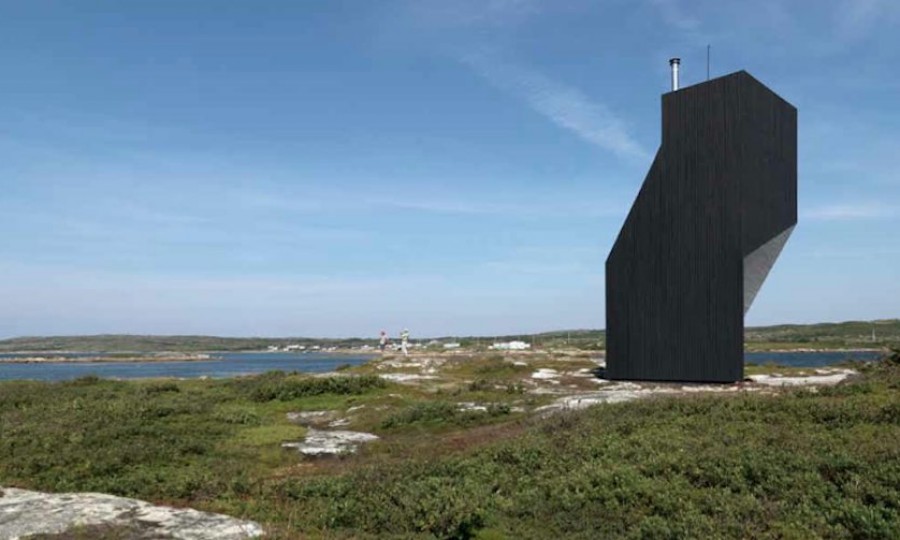 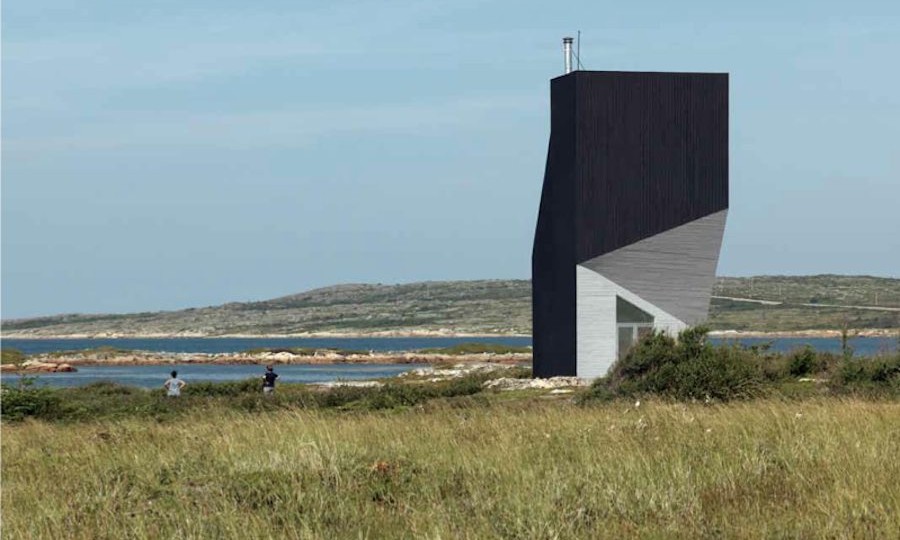 Instead of a single design, six remote sites scattered across the Fogo Island were chosen to host a portion of the art centre’s programs. The six studios for artists and writers in residence range in size from 20 to 200 sqm. The siting of the studios on a series of locations around Fogo Island, allows the artists to live within the various communities and interact, on a daily basis, with the local residents but also to be completely immersed into Fogo Island wilderness. Inside the Long studio.

Indeed, each studio projects its occupant towards the Atlantic Ocean via an obliquely slanted, full-height window that frames the horizon or the shoreline, depending on one’s position within the building. All studios are purposely “off the grid” with no connection to public services. In all six studios, the intent was to sample and allude to local construction techniques. Spruce wood shells recall the clapboard of the “outports” or local fishermen’s houses. The stilt construction the cabin refers to Newfoundland’s waterfront fishing sheds. Founded by Todd Saunders, a native Newfoundlander who has been based in Norway since 1996, the studio in now working on the Fogo Island Inn, a world class, twenty- nine-room inn totally immerse in wilderness with an amazing view on the sea.