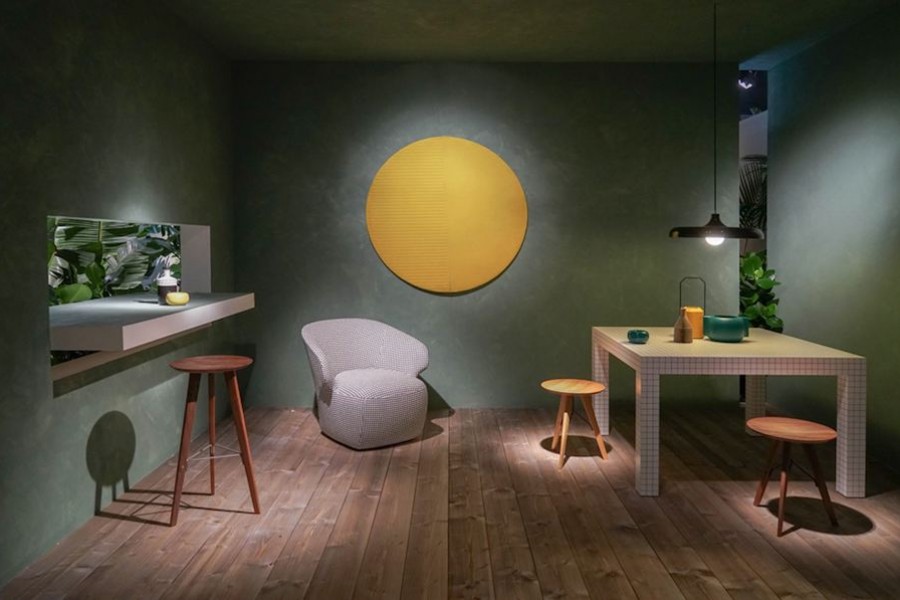 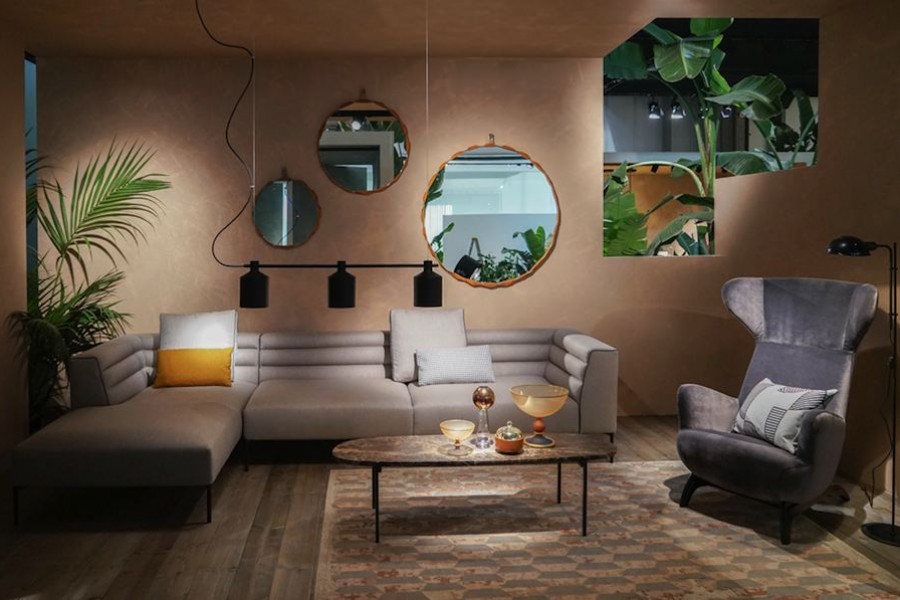 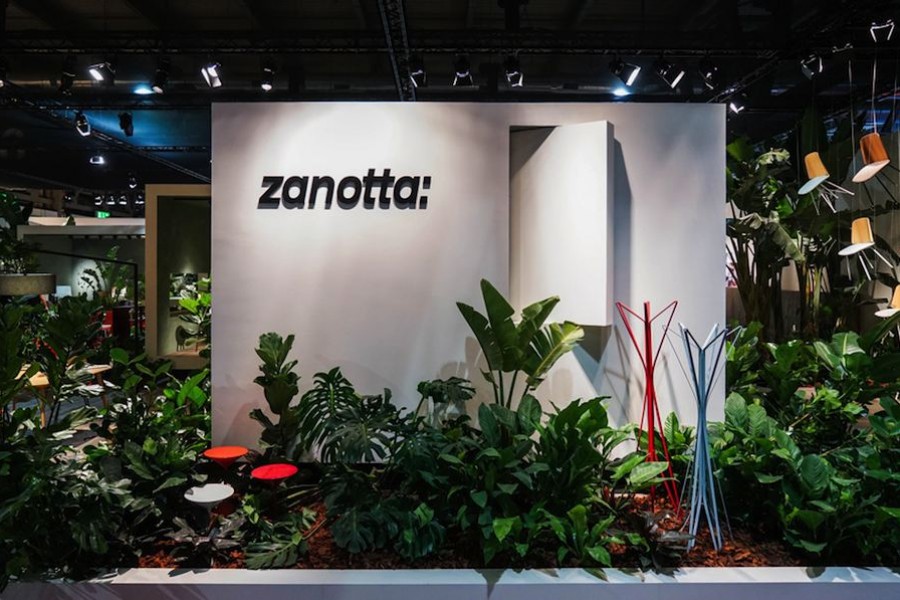 The 2016 collection comprises the re-edition of Piero Bottoni’s Fenice table and an homage to Carlo Mollino: an alternative version Reale table that comes now with a marble top. New designs include Niobe minimal coffe-tables with a marble top and by Federica Capitani. Botero sofa and Ruben bed by Damian Williamson feature overlapping horizontal bands. Frank Rettenbacher designed June Nordic-looking chairs and a family of stools for the kitchen and the bar. Constructed in reinforced concrete cast with a central leg, the Fenice table was originally designed in 1936 by Piero Bottoni for Villa Muggia. The design is still firmly and dramatically anchored to the floor of the dining room while vegetation is taking over the building that was heavily bombed during World War II. Zanotta put Fenice back into production thanks to the original designs conserved at the Polytechnic University of Milan and rendered available by the Archivio Bottoni. Damian Williamson shaped Botero sofa and Ruben bed around the sensation of an enveloping embrace relished in a reaxing situation. Overlapping horizontal bands define the armrests and backrest with a limited utilisation of visible stitching. A gentle inclination indulges the body and provides ample support even without cushions. The generous and slightly ‘puffy’ volumes seem to fluctuate above aluminium alloy legs. June chair by Frank Rettenbacher bears all the lightness of Nordic design, translated into geometric shapes and softening facets. The material of choice is wood, in varying thickness for the backrest, with the padded nylon covered in fabric or leather. Reinforcing rods in the base of the seating refer to Rettembacher previous designs for Zanotta. “The greatest challenge was attaching the backrest to the removable padding without using visible screws. After intensive consultation with the technical team, we arrived at a concealed attachment that sees the backrest ‘floating’ above the seat” says the designer. Ivo stool and its taller brother Ido feature a slightly convex wooden seating. The technical element of the steel tie-rod contrasting nicely with natural oak or Canaletto walnut, both when coloured or left raw, and encapsulated in a simple triangle that may also become a footrest. Niobe occasional tables by Federica Capitani feature a marble slab positioned on a minimalist structure. Opaque, warm and pleasant to the touch. The slabs in Carrara, Marquinia or Emperador marble have a form that evokes that of a river pebble broken in half, bearing a flat top and a base characterised by a gentle curvature. Zanotta pays homage to Carlo Mollino with an alternative edition of the iconic Reale table: a bevelled crystal top enriched with the particulars, of the base. With all the care of those deeply familiar with the material, the brand proposes an alternative and contrasting element: marble. The new Reale table is available with the top in Carrara, Marquinia or Emperador. Photos by Zanotta SPA. Setting by CalviBrambila with styling by Studio Salaris.