Venice 2018 – Israel Pavilion at Venice Biennale 2018 presents In Statu Quo: Structures of Negotiation, an exhibition exploring the fragile and controversial system of cohabitation in 5 major contested holy sites which regulates conflicts and facilitates co-existence in the in the Holy Land – today Israel-Palestine. “IN STATU QUO showcases the capacity to negotiate between different identities through spatial occurrences and programmatic possibilities.” Explain to Archipanic curators Ifat Finkelman, Deborah Pinto Fdeda, Oren Sagiv and Tania Coen Uzzielli. “Each holy site raises different phenomenons, their highly uncertain territorial claims over centuries has made them some of the most significant and challenging sites.” On the first floor visitors can see for the very first time a colour-coded, 3-D model of the Holy Sepulchre created by German architect Conrad Schick in 1946. Since at least the fourth century, pilgrims have been traveling to Jerusalem to visit the place where Jesus is supposed to be buried. The site has been marred with conflict between competing Christian denominations for ownership over its many sanctuaries and rights to worship.

The Status Quo in the church was implemented to control the rivalry by imposing territorial and temporal demarcations between 6 Christian communities. A data-base movie projection reveals the meticulous spatial division by detailing rituals, ceremonies and schedules performed in the church every 24 hours. On the way to the upper floor, Waltz with Bashir animated war documentary provides the visceral experience of going up the Mughrabi Ascent, the only non-Muslim entrance leading to the Al-Aqsa Mosque above the Western Wall. Following the collapse of the earthen pathway in 2004, a much contested wooden footbridge was constructed by the Israeli authorities as a temporary solution.

To date, no plans for a new, permanent bridge have met the demands of the struggling parties. “The wooden bridge in its ‘permanent temporariness’ renders a postponed political solution and showcases monuments as active agents in the territorial conflict.” Explain the curators. On the upper floor 3d-printed maquettes explore the negotiation of the Western Wall’s structure and use throughout history. From the tearing down of the Mughrabi quarter at the end of the Six Day War in 1967 to 10 visionary and never realized masterplans for the plaza by leading architects and studios such as Louis Kahn, Isamu Noguchi, Moshe Safdie and Superstudio.

On show also two specular videos capturing how both Muslims and Jews share the spaces of a monumental Herodian building in Hebron/Al Khalili which known by Muslim as the Ibrahimi Mosque and is worshipped by Jews as The Cave of the Patriarch. For decades, the site was hermetically divided in separated areas but, 20 days a year, it passes hands for 24 hours only, enabling each religion full use of all chambers in the cave. In a matter of hours, the Jewish area is cleared out of all Jewish artifacts and stands vacant for a few short moments before the Muslims enter with their own artifacts and turn the cave into a mosque for the next 24 hours and vice versa. Nira Pereg has created a video installation projected on two different walls, showcasing both of her films Abraham Abraham and Sarah Sarah. The films demonstrate the scene that takes place within that 24-hour period, an intense ritual from both the Jewish and Muslim perspectives. 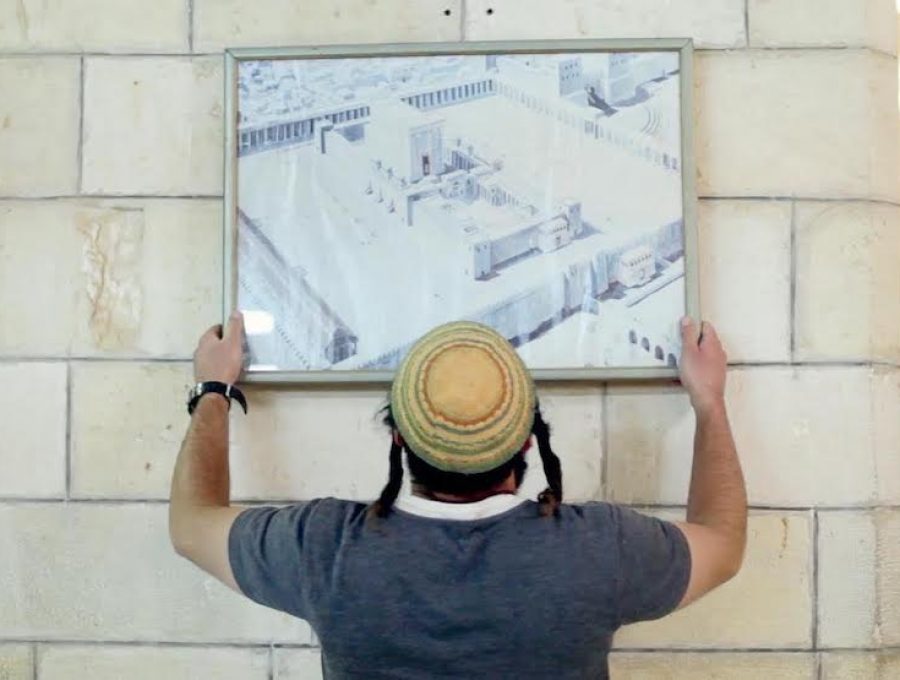 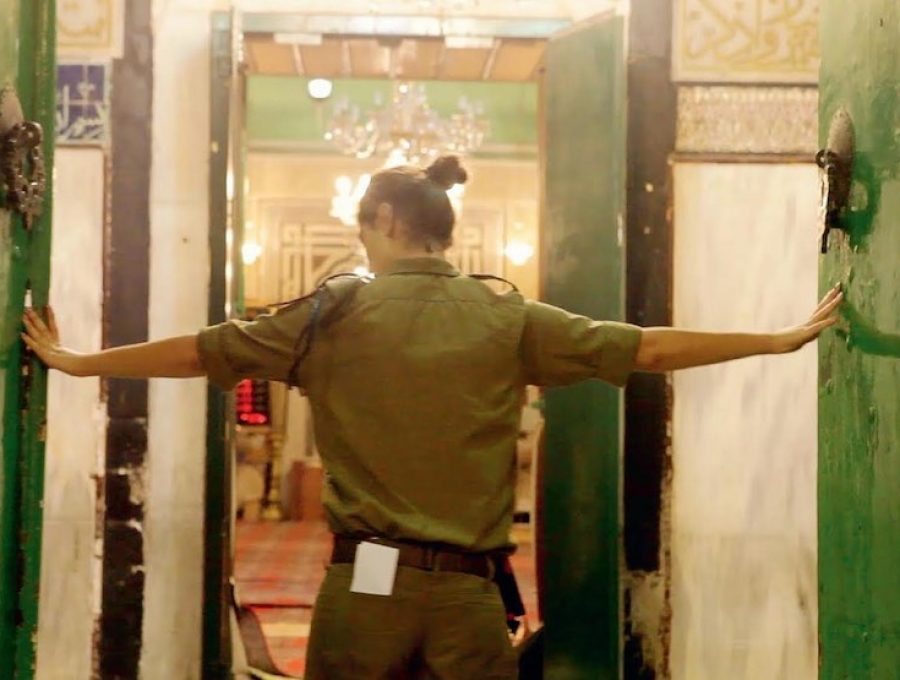 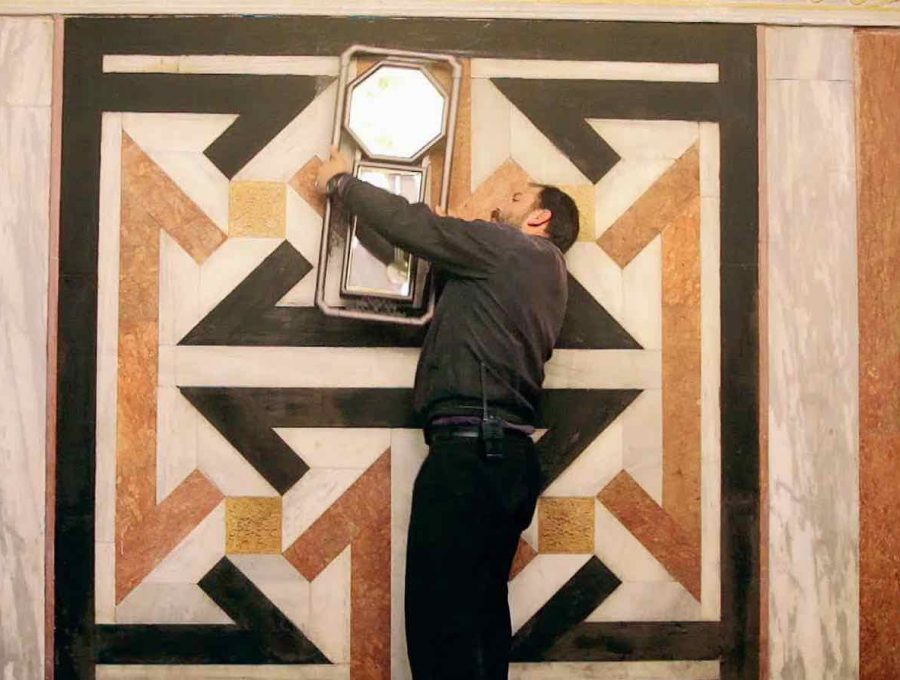 The 5th holy space is Rachel’s Tomb. Located on the side of the historical road from Jerusalem to Hebron, the site used to be accessible to all with no regard to national identity or religion. Today, it has become a fortress tomb surrounded by an 8 meter-high separation wall within an urban tissue accessible only to Jewish worshippers. A video studying the evolution of the site over the centuries reveals the landscape as a medium of exchange between space and the events that shape it. Rachel’s Tomb and its environment – Courtesy of Israel Pavilion.