THE FLOW OF TIME installation by Grand Seiko – Photo by Daisuke Ohki.

Miami 2018 – TAKT PROJECT design studio and visual designer Shingo Abe created THE FLOW OF TIME, a mesmerising installation for Grand Seiko. After the debut at Milan design week, the Japanese luxury watch brand captured the essence and transience of time at DesignMiami/.

FLOW OF TIME reveals Spring Drive unique technology combining mainspring high performance with the high accuracy of a quartz crystal. 12 acrylic water drop-shaped objects are placed on plinths and lined up in front of a giant video installation. They encapsulate parts of Grand Seiko’s new Spring Drive watch which float within the transparent objects, almost frozen in time.

Indeed, the result is an artistic timeline of creation, with each object revealing an incremental movement of the components inside it. Visitors could see the watch coming together — from the dispersed separated parts of the first work to the fully assembled watch inside the last. 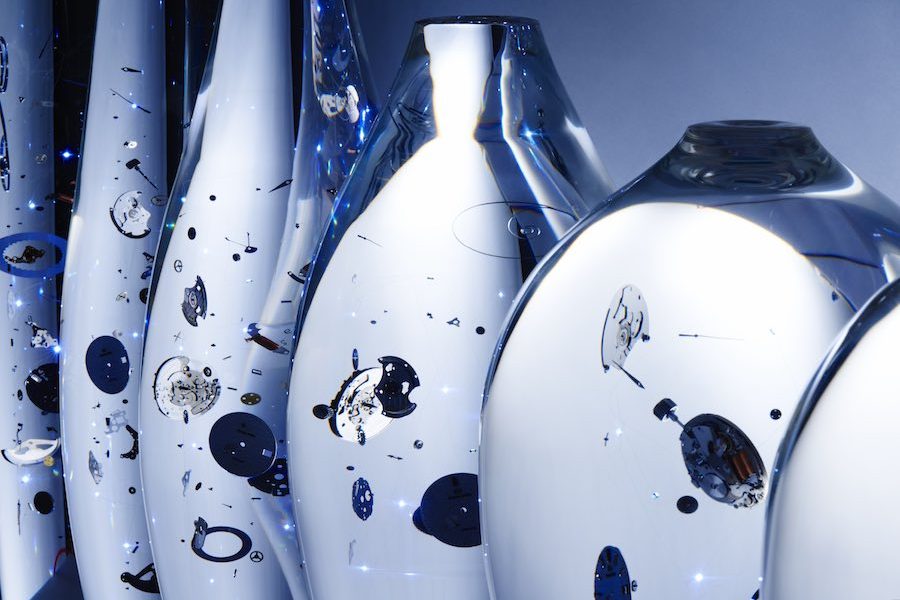 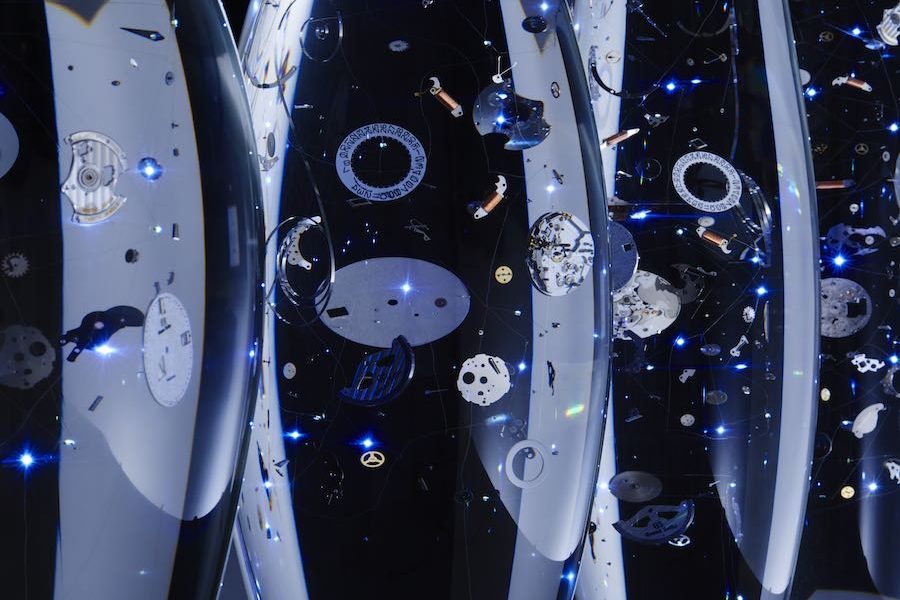 “Looking into the objects, small twinkling parts and framed scenery are merged together, so that  viewers can feel the watch movement as it approaches the essence of time”. Explains at TAKT PROJECT. “Small lights in the transparent objects imply the existence of small electricity generated by the parts themselves in silence”.

Projected on the screen behind, an immersive video footage by Shingo Abe represented the passing of time showing sunrises, ripples of water and blossom fall. The video featured fluid images reflecting through the lined up transparent designs while an ambient and musical soundscape envelopes the room. “The trail of the sun draws an arch in the sky; the history of timepieces began by ‘ticking’ this natural arching ‘movement’ which has always been continuous.” Explain Shingo Abe. “Time has since transformed from what used to ‘flow’ into something that ‘ticks’. In the pursuit for better performance, watches have come to demonstrate a higher-precision with the ticking of time.” All photos: courtesy of TAKT PROJJECT.