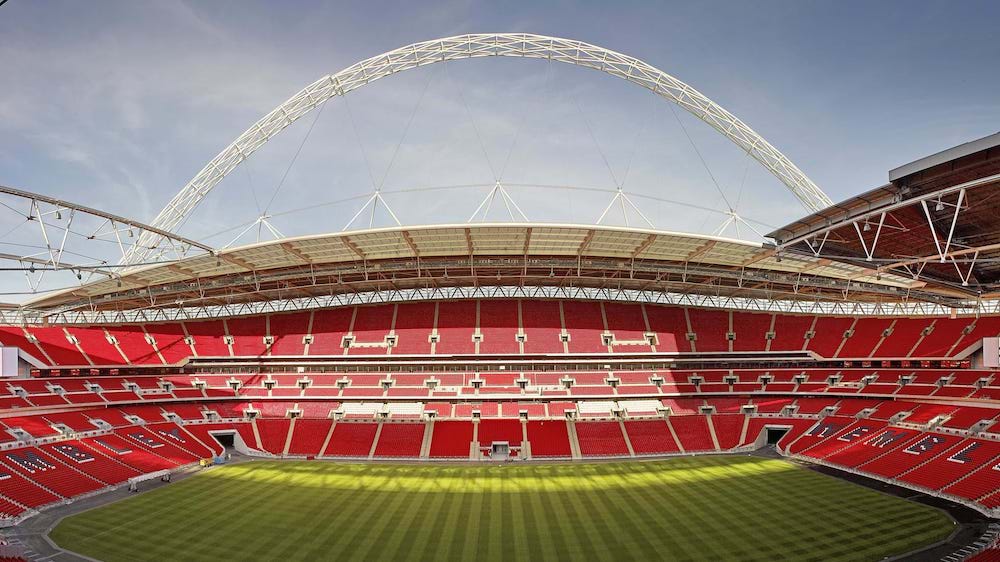 Architecture – Postponed by one year due to Covid-19, UEFA Euro 2020 is well underway. This year, to avoid football supporters of the 24 national teams from flocking to a single host country, organizers have opted to select 11 European stadiums across the continent to host all the matches, with limited capacity and social distancing measures. Check the ones we liked the most! 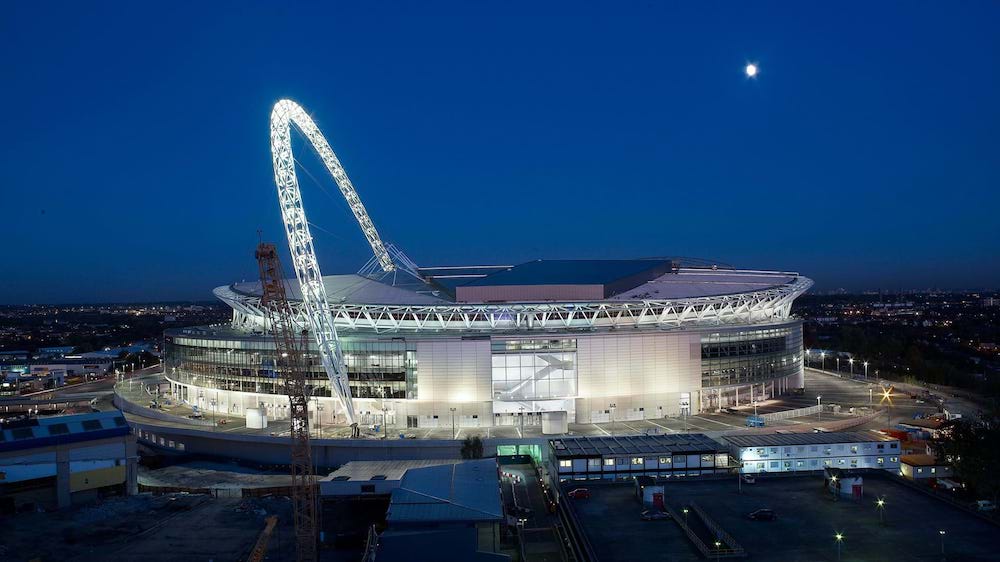 A landmark arch crowns the stadium completed in 2007 by Foster+Partners. Standing almost four times the height and covering twice the area of the original Wembley, the new stadium is the second largest in Europe and is the larger covered arena in the world. The seating is designed as a single bowl, which gives every spectator an unobstructed view of the pitch with 90,000 seats. 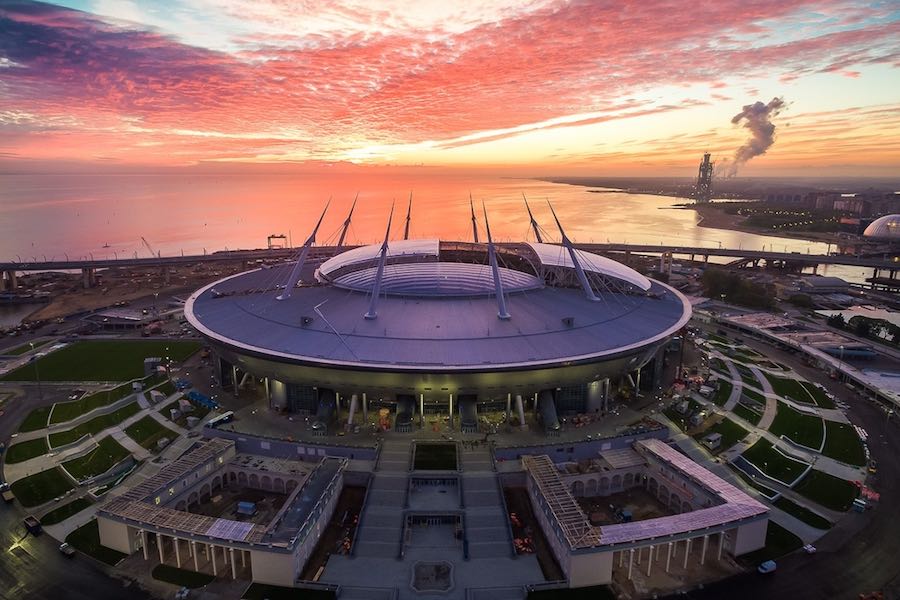 The home of the Russian football club FC Zenit St Petersburg was designed in 1978 by Japanese architect Kisho Kurokawa to look like a spaceship. The 78-metre-tall modern stadium features a retractable roof to allow games to take place in all weather and a 67,000-seat capacity. It inaugurated in 2017 – being 548% over budget  – for the 2018 FIFA World Cup. At the cost of $1.1b at current exchange rates, it is considered one of the most expensive stadiums ever built. 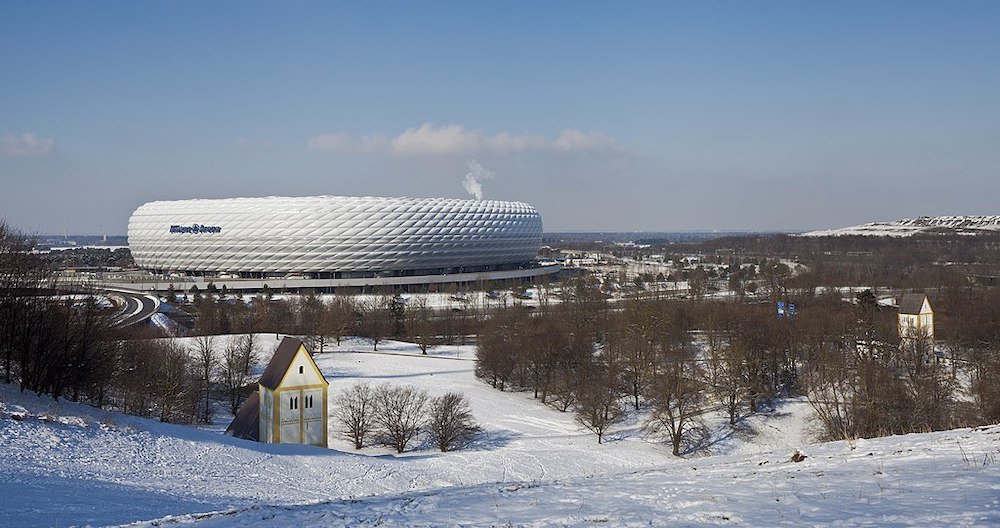 Designed by Herzog & de Meuron and completed in 2007, the Allianz Arena is the first stadium in the world with a full colour changing exterior thanks to large, shimmering white, diamond-shaped ETFE cushions, each of which can be illuminated separately. “The changing appearance will enhance its attraction as an urban monument even for people who are not interested in football,” explain the architects. It was supposed to wear the colours of the LBGT+ rainbow flag for Germany vs. Hungary match to politically respond to a much controversial law passed by the Hungarian government that bans LGBT+ contents to minors. UEFA stopped the initiative. 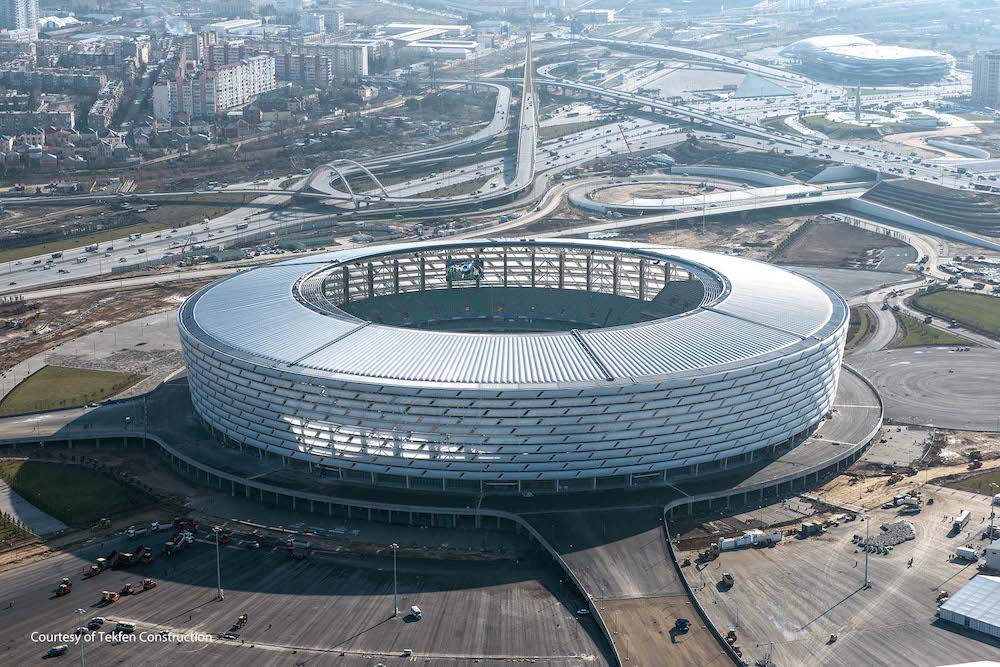 Baku Olympic Stadium by Heerim Architects & Planners Co opened in 2015 for the European Games. The design was inspired by the ‘maiden tower,’ a UNESCO 12th-century Azeri monument. The façade of the 68.000 seat arena “embodies the image of burning flame, which is the symbol of Azerbaijan itself, the ‘land of fire.’ Apart from an oval-shaped stadium conventionally designed to accommodate 400m running track, Baku Olympic Stadium sits on a perfect circular platform.”

Designed by Enrico del Debbio and Annibale Vitelozzi in 1937, the Stadio Olimpico was completed in 1953 and entirely renovated in 1990 for the World Cup, with further developments in 2008. The structure humbly merges within its surrounding landscape without superimposing its immense size – over 70.000 people capacity – thanks to a continuous ring of tiers. Indeed, they gently follow the course of the athletics track and discretely rise over 13 meters only. 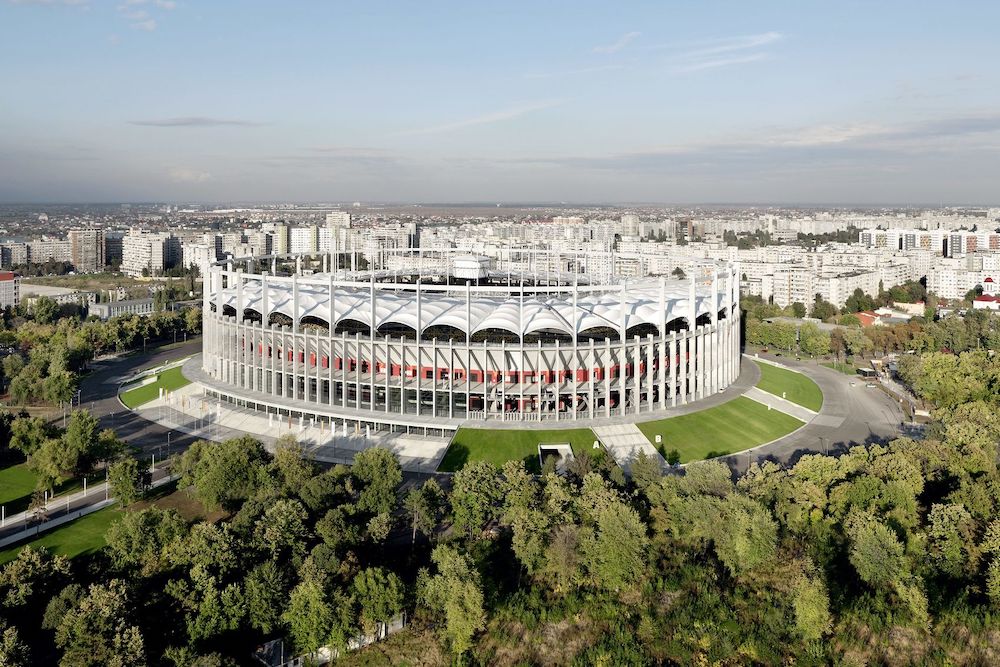 Arena Națională looks like a contemporary Coliseum in the center of a park. Completed in 2011 by GMP Architekten, the arena has a capacity of over 55.000 seats. “The broad flights of steps following the relief of the earthen bank guide large crowds of spectators and enter into a spatial dialogue with the existing park landscape,” explain the architects. “The permanent roof covering all the seating and the mobile pitch roof displays a wheel-and-spokes design with an outer pressure ring and a pre-stressed cable structure, which follow ptical structure of the upper tier.” 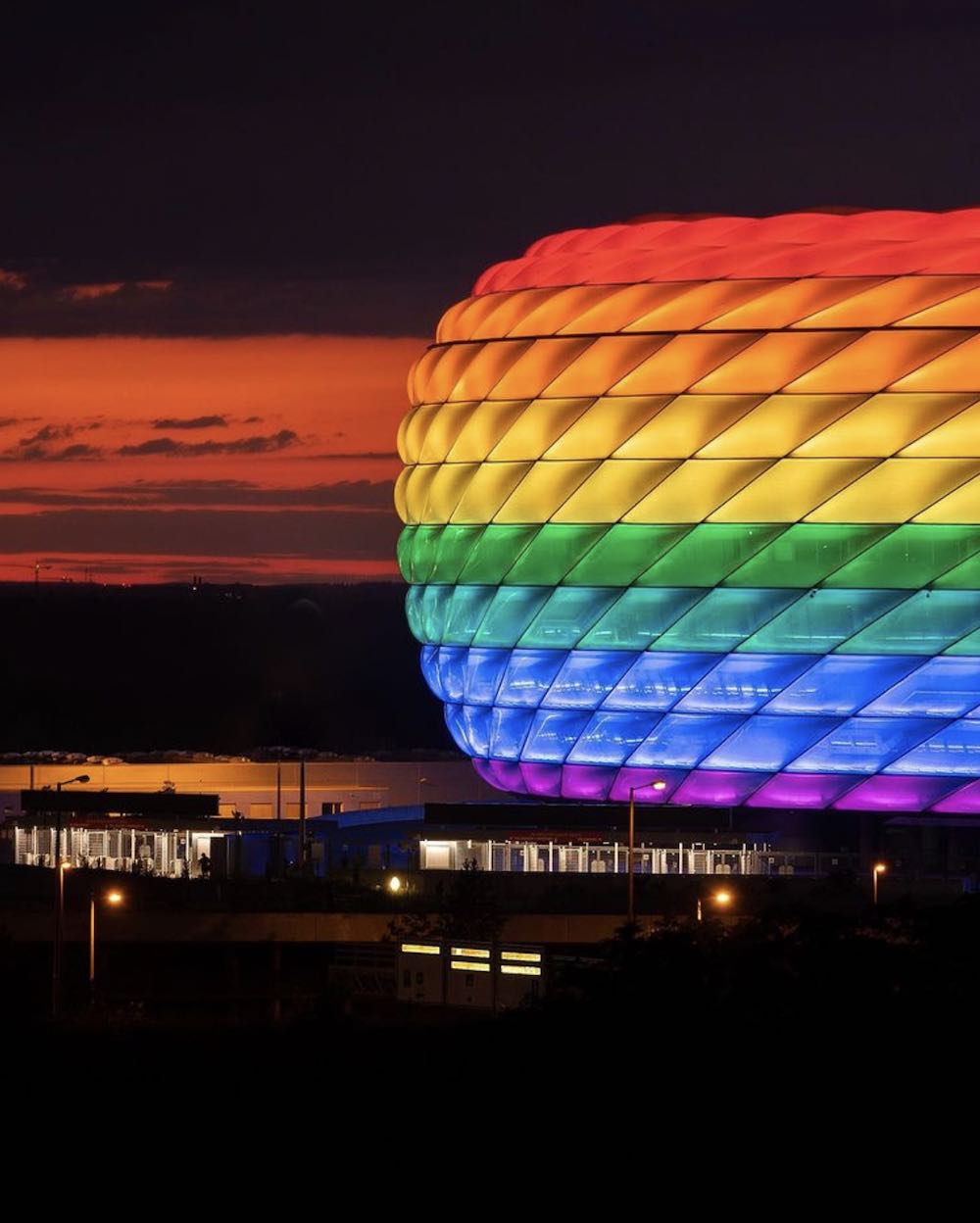 Allianz Arena dressed with the Rainbow flag – Photo via IG by @alex_sharf.