DENQUL emergency battery by Nendo – All images and video by Akihiro Yoshida, courtesy of Nendo.

Japan – “When in disaster, securing power supply for smartphone means having access to basics such as communication and lighting.” Explains Oki Sato, founder of Nendo studio that designed DENQUL tubular portable battery charger. Thanks to a swiveling hinge and internal dynamo, the power bank works by cranking the device vigorously for a couple minutes.

A stick can be pulled out and extended to double its length, then twisted down by 90 degrees and clicked into place to form an L-shape ready to by swiveled. A lithium battery has been positioned on the tip to maximize the centrifugal force, utilizing the weight of the battery as advantage, which tended to be regarded as disadvantage. DENQUL was developed for hardware manufacturer Sugita Ace and was designed to be charged at home and grabbed in case of an emergency, rather than to be carried all the time. “For power generation under blackout situation, solar panel and hand cranking were considered as options but the final design deployed new method that efficiently generates power with only one hand.” Explain at Nendo. Smartphones can be charged as well as by way of a conventional cable or pairing it with the table-top cup set which allows wireless charging as well. The charging dock functions as a container also for glasses or stationaries so that the mobile battery can be naturally charged in daily life. 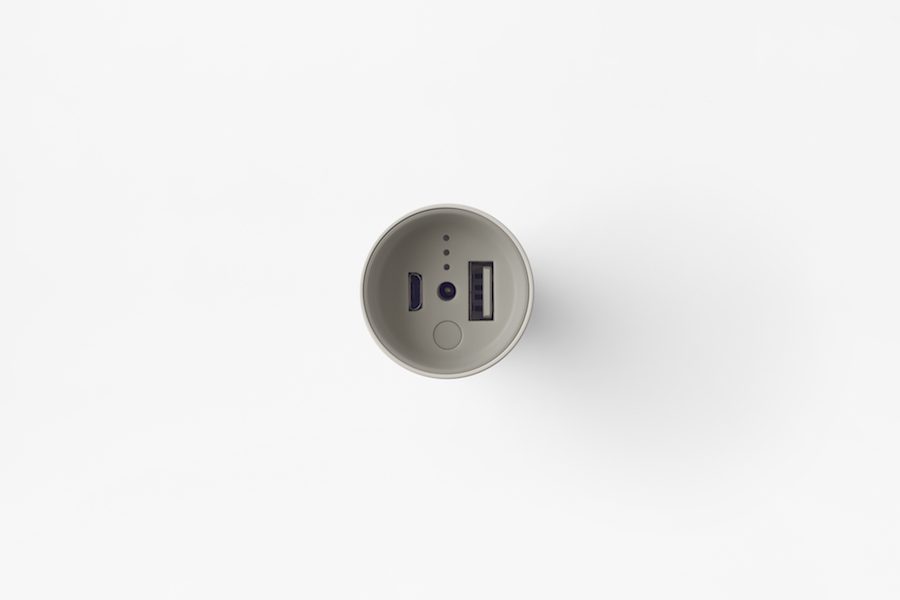 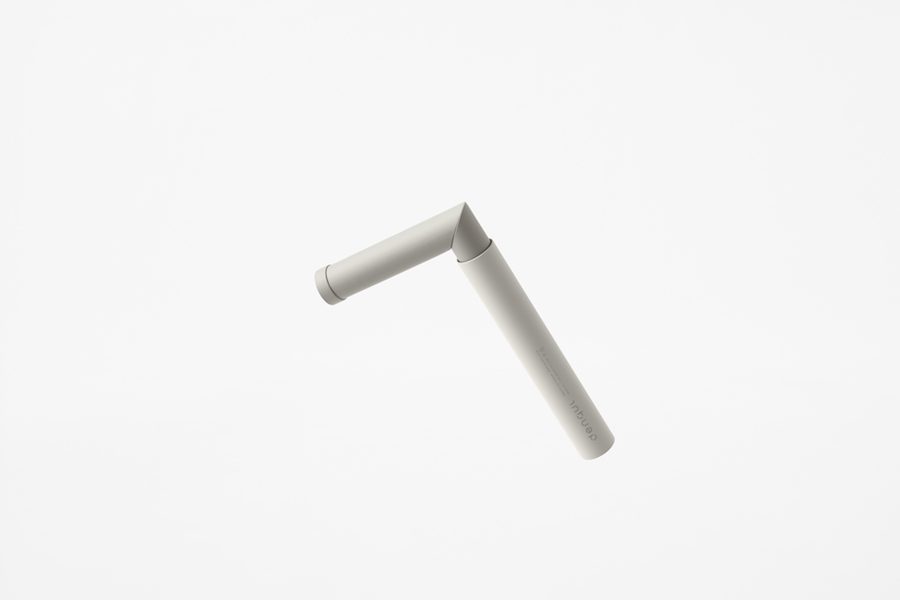 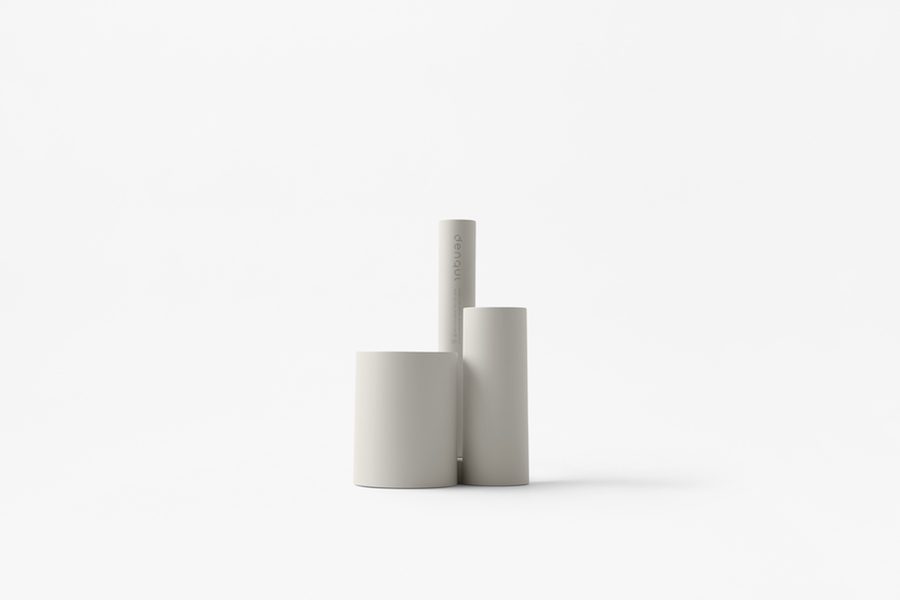 • All photos by Akihiro Yoshida – courtesy of Nendo.