Architecture – Today the Year of the Ox kicks off! We have selected 4 eclectic ‘barntectures’ designed for the well being of both bovines and humans. Happy Chinese New Year!

A simple barn for simple beings 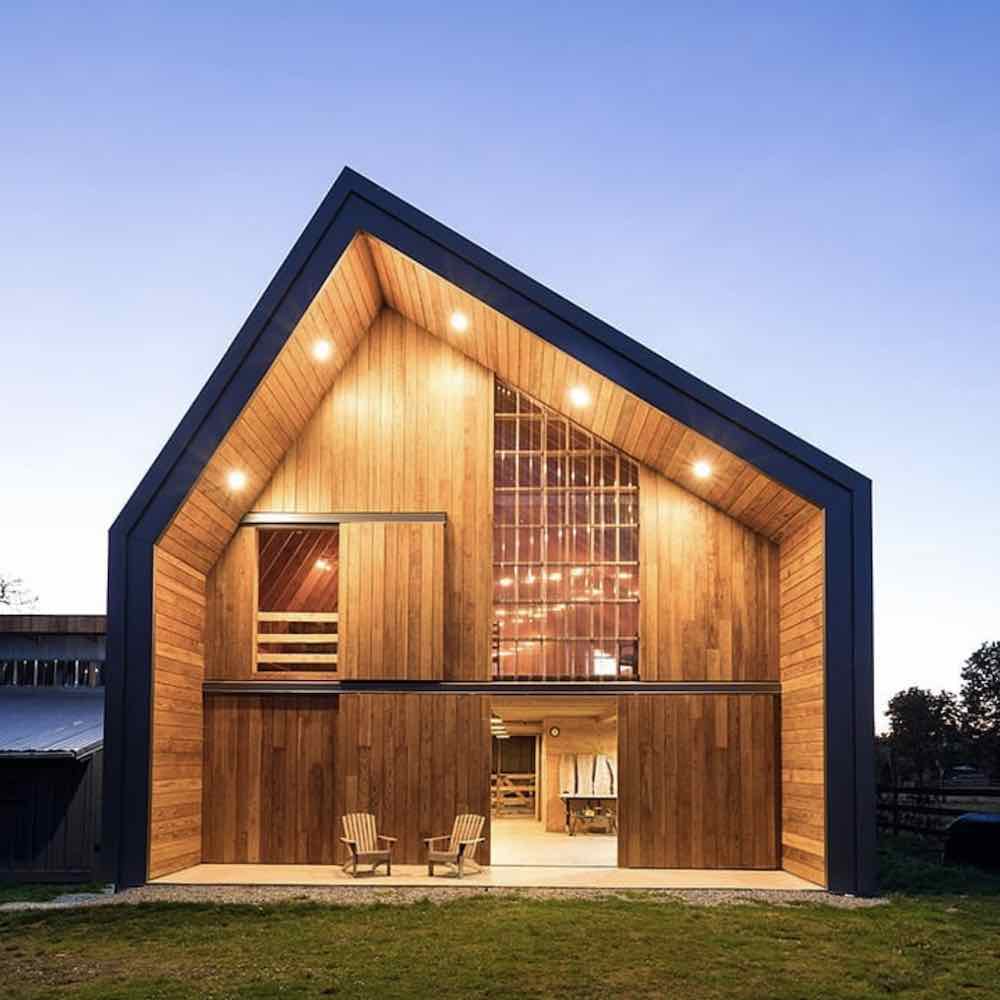 The Swallowfield Barn and community space by Asher deGroot of Motiv Architects for his parents is a two-storey building in the countryside near Vancouver, Canada. “It is first a humble barn designed for simple inhabitants – resident cattle, swine, sheep, fowl, cats, and barn owls, with workshops and storage for a modest hobby farm. It is secondly an homage to the vernacular building forms of our nation’s agricultural landscape and the community building processes that shaped them.” 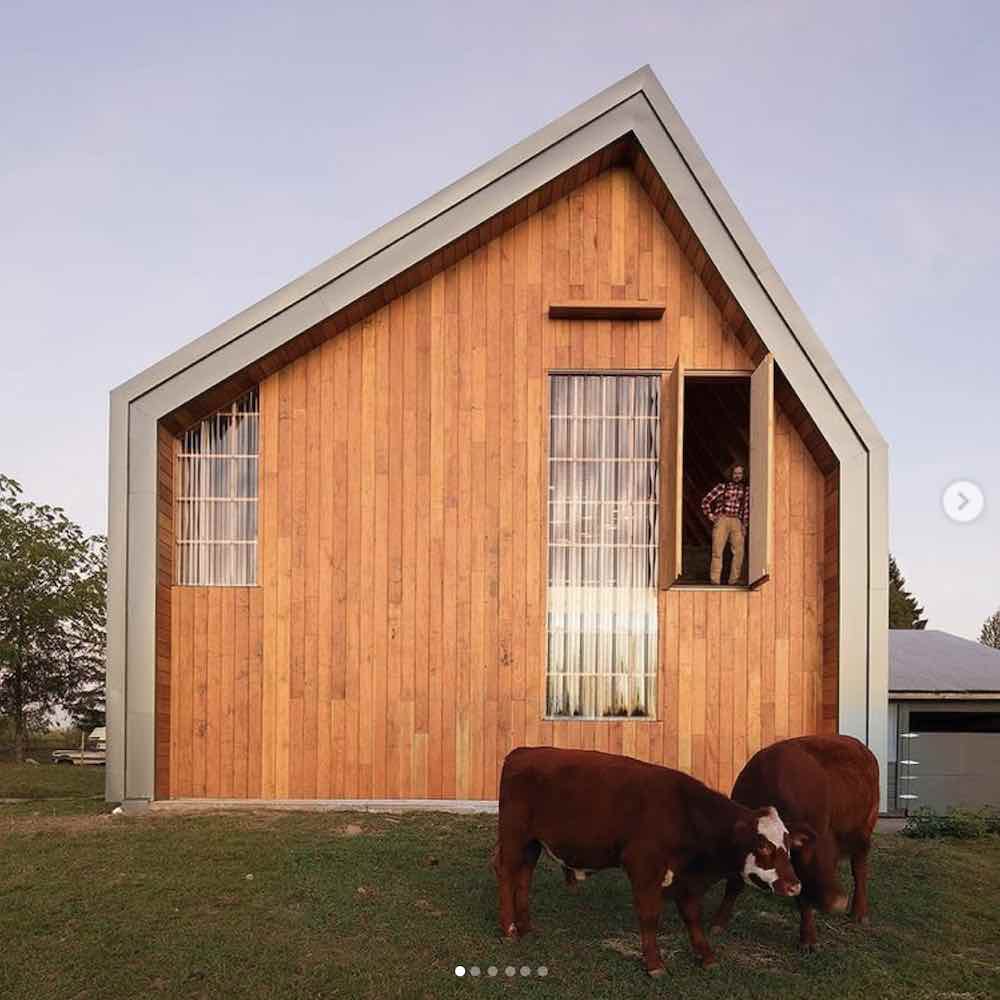 Indeed, it took a village to build it. Over 40 volunteers teamed up to complete it strengthening the bonds within the local community. The distinct off-kilter pitched roof is made from laminated veneer lumber moment frames and designed in collaboration with wood engineer Eric Karsh at Equilibrium. Inside it, a “cathedral-like design” was achieved by closely spaced beams and ample natural light.

Montreal studio La Shed Architecture has created a barn to give cows and farmers living and working at the organic cheese farm Au Gré des Champs “a better quality of life”. The building is wrapped by translucent polycarbonate sheeting so that natural light enhances both well-being and productivity.

“For visitors, these translucent facades allow them to make the link between interior spaces and exterior grazing spaces, and thus better understand the living environment of cows.” Explains La Shed Architecture coordinator Christian Laporte. To ensure that the building blends harmoniously into the landscape, the framework was made from spruce and hemlock – materials commonly used to construct barns in Canada. 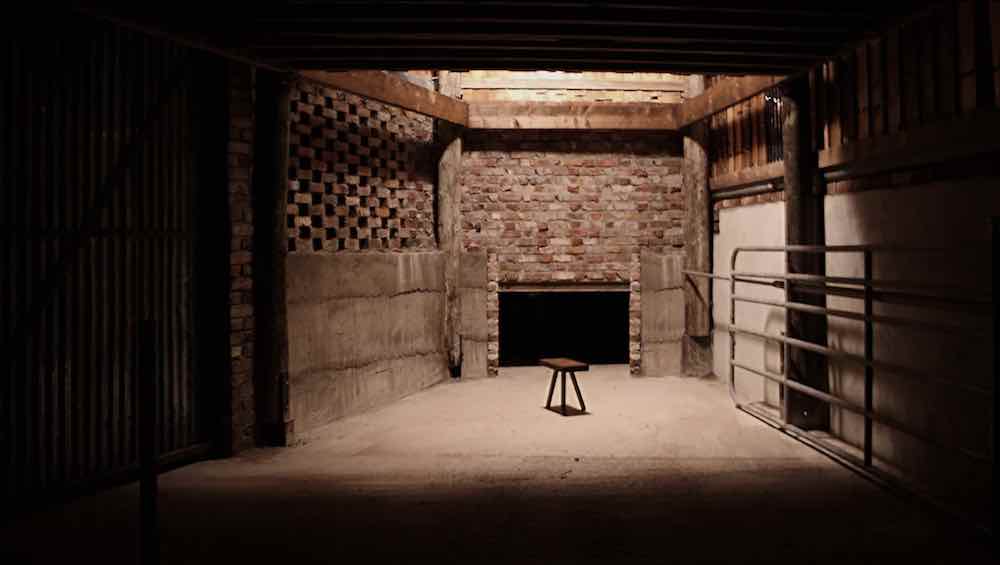 The Cowshed Collective is a team of architecture graduates at the University College Dublin bringing sustainability to social farming with a program of events and workshops across Ireland. Named after the Irish notion that ‘land is managed through collective responsibility’, the design/research studio has been commissioning projects that bring together architects, artists, social geographers and the like to create new frameworks and contexts for creative practice in Ireland. 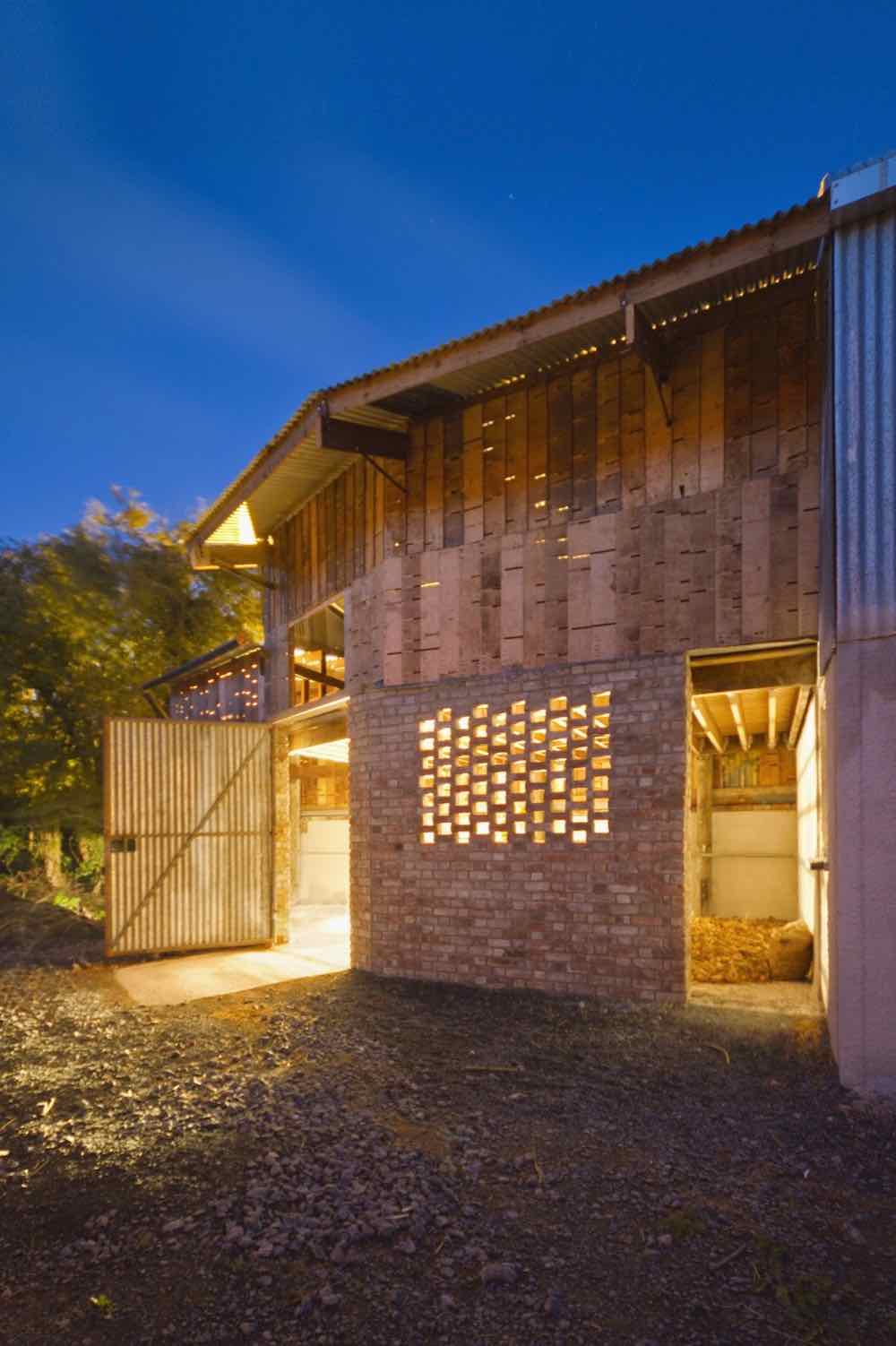 As part of a workshop commissioned by the Commonage Summer School in Kilkenny, their first project includes the design of a small milking parlor, a room for a cow and her calves and a hayloft at the Camphill Callan community farm, a social farming program that supports a work environment for people with disabilities. 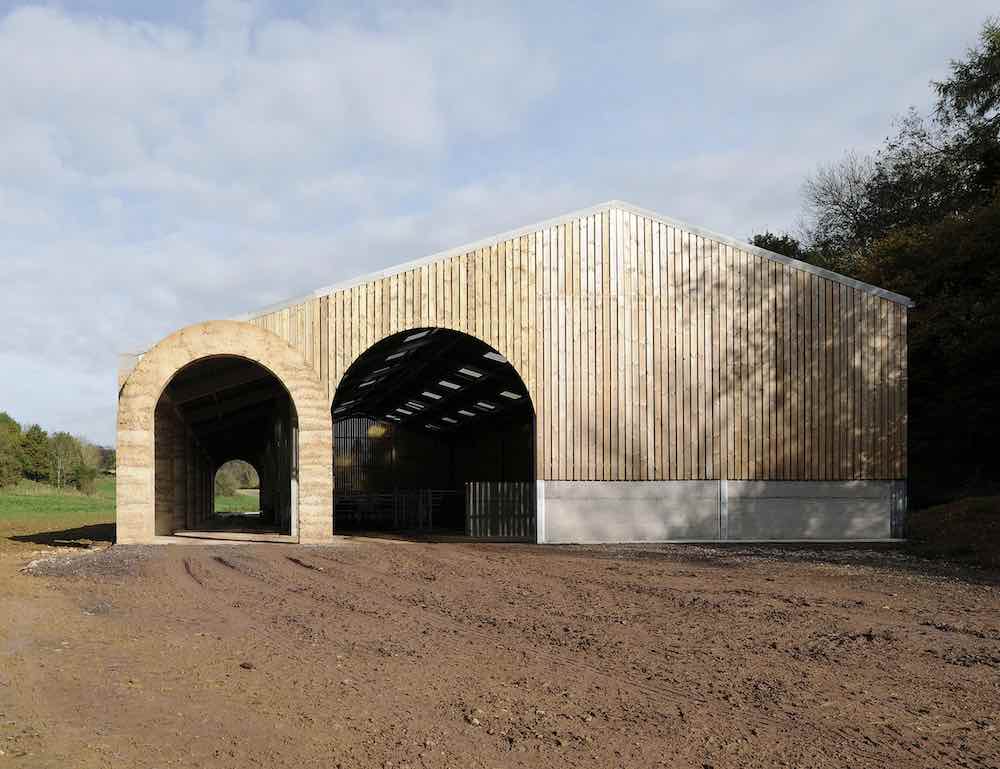 In rural Somerset county, England, Steven Taylor Architects is revitalizing the historic enclave of Shatwell Farm which has seen a slow decline in its agricultural industry over recent decades, rendering several of its buildings derelict and necessitating a broad and sensitive regeneration. “Our new buildings are part of the process to revitalize the farmstead at Shatwell, bringing a renewed vigour to its dairy farming activities and intensifying the working environment of the farmyard.” 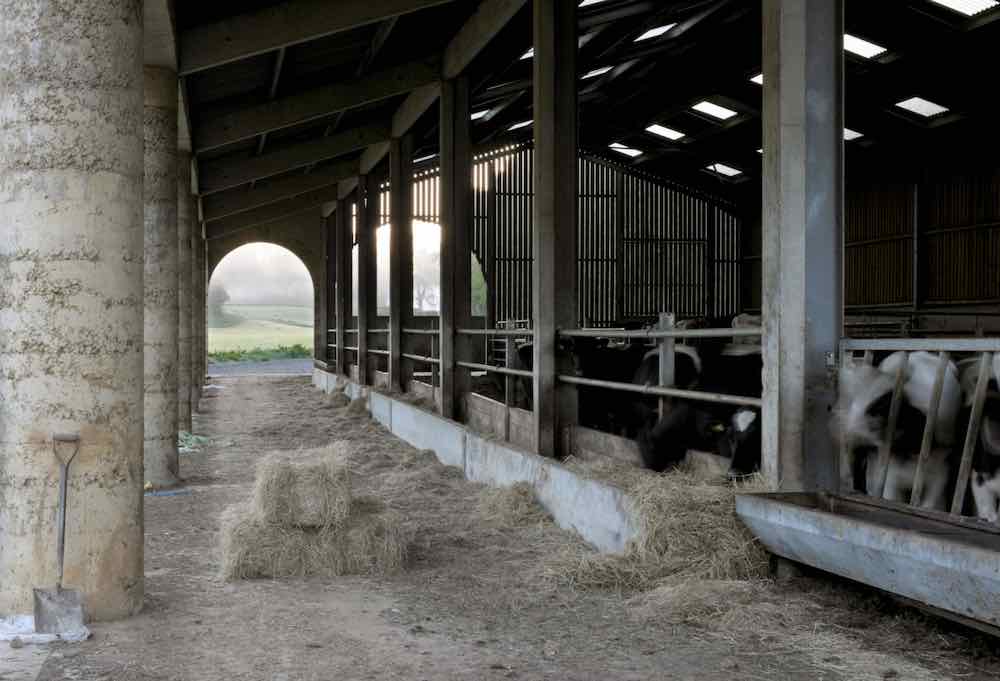 The northern edge of the farmstead has been supplemented with two colonnaded agricultural buildings, a new cowshed and its associated haybarn. The portico in front of the cowshed is crafted from semi-dry cast concrete using locally quarried stone, acknowledging this civic role played by the building. This is echoed by the colonnaded front of the hay barn, which is executed in a red clay pressed brick, laid in a radial dogtooth pattern. 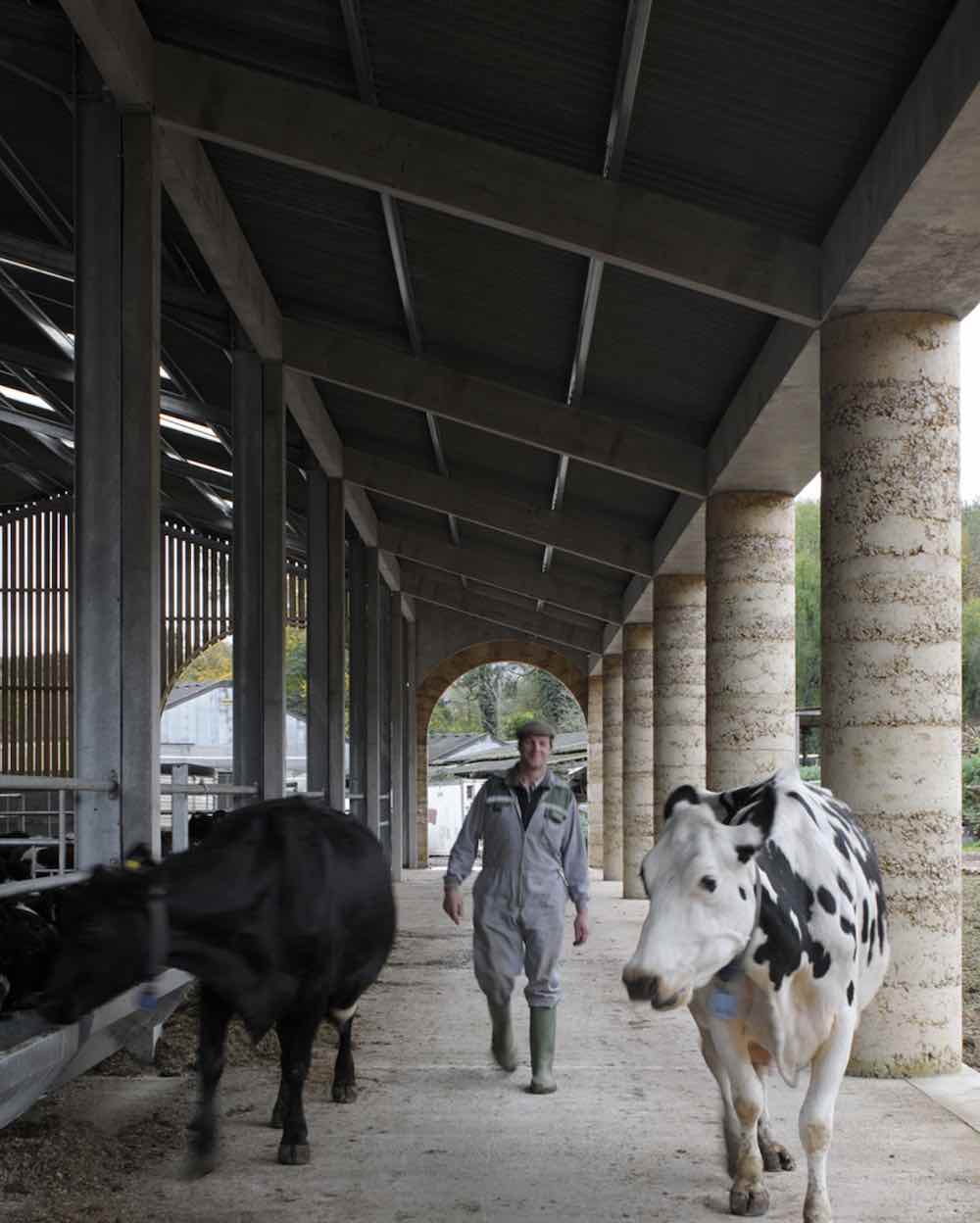