Each chair is made of polished stainless steel and adapts the strong symbolic nature of manga comics to furniture design by emulating actions, movements and emotions the way they are generally drawn on paper. Manga consist of a series of frames on a single sheet of paper that creates a sequence. Similarly, 50 standard chairs are lined up in a grid. Each seating conjures up a sense of story, and each refers to a design element from manga. One chair comes with a speech bubbles popping out from the seat-back, others are inspired by “effect lines” that visualise actions and movements like twirling, bouncing, falling down or sliding aside. Some design refer to emotional symbols like “sweat” or “tears”. All chairs are formed so that a sense of story and character can be felt. Nendo founder Oki Sato says “Manga is a means of expression with a high degree of flatness and abstraction, and which is composed of a series of lines. We could say that manga comics are deeply rooted in Japanese culture, since they can be traced back to Ukiyoe prints developed during the Edo period between 1603 and 1868 A.D”. 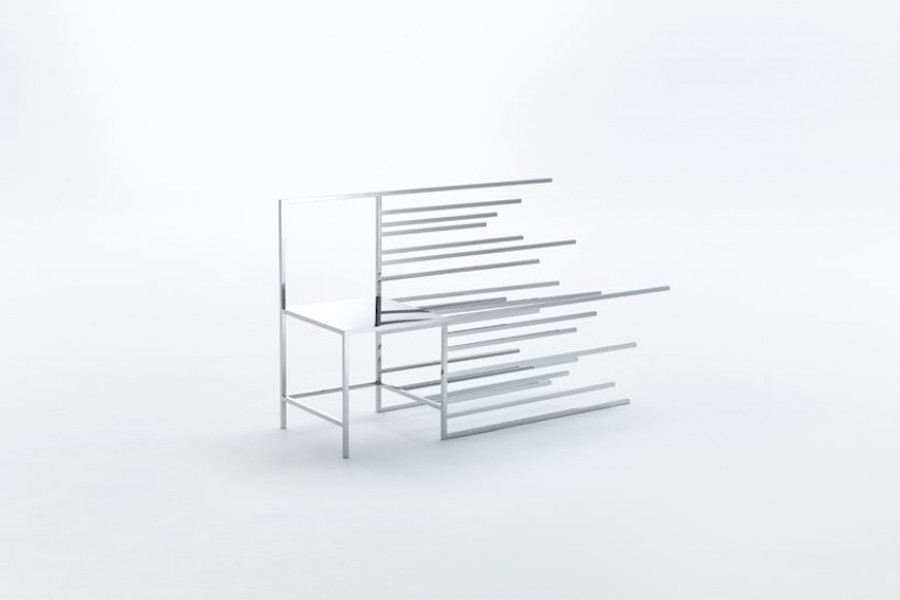 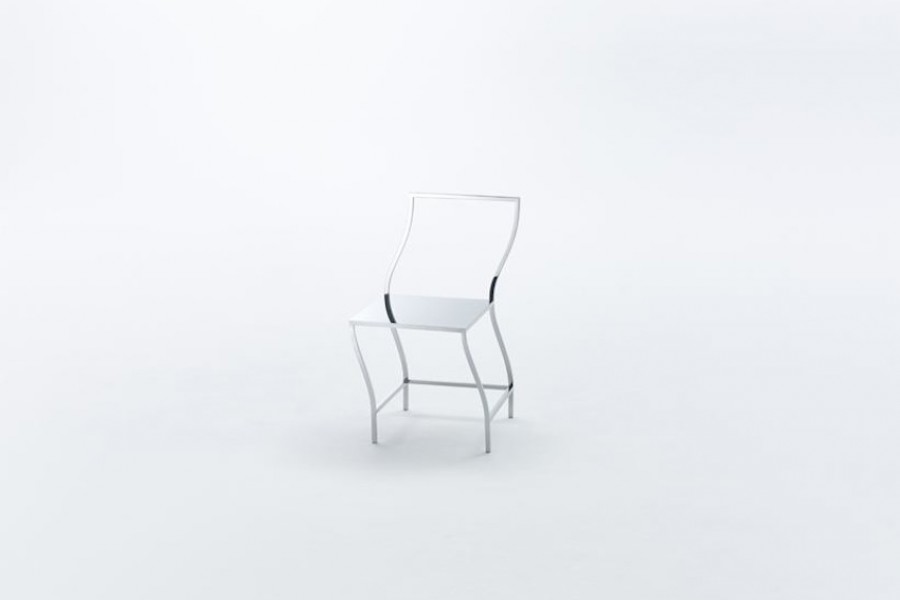 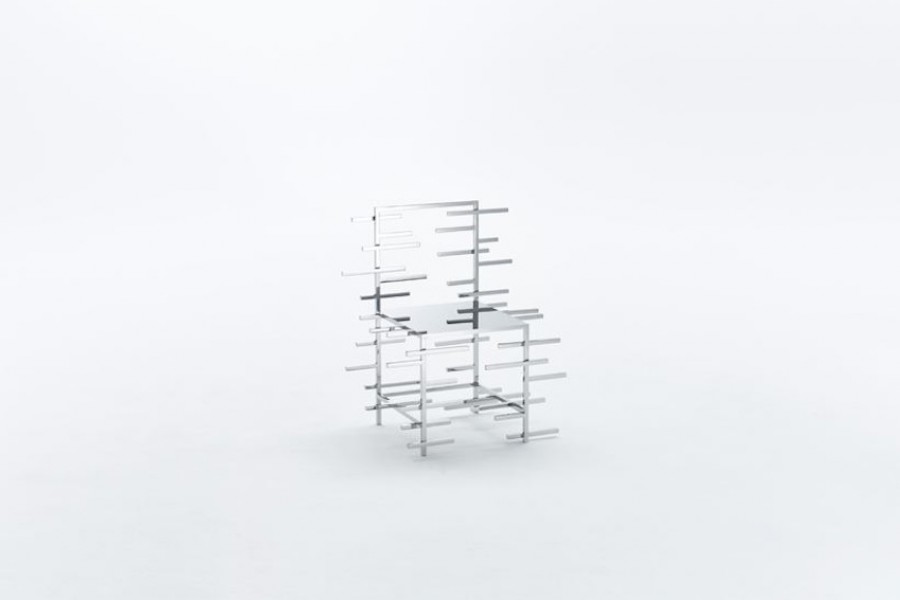 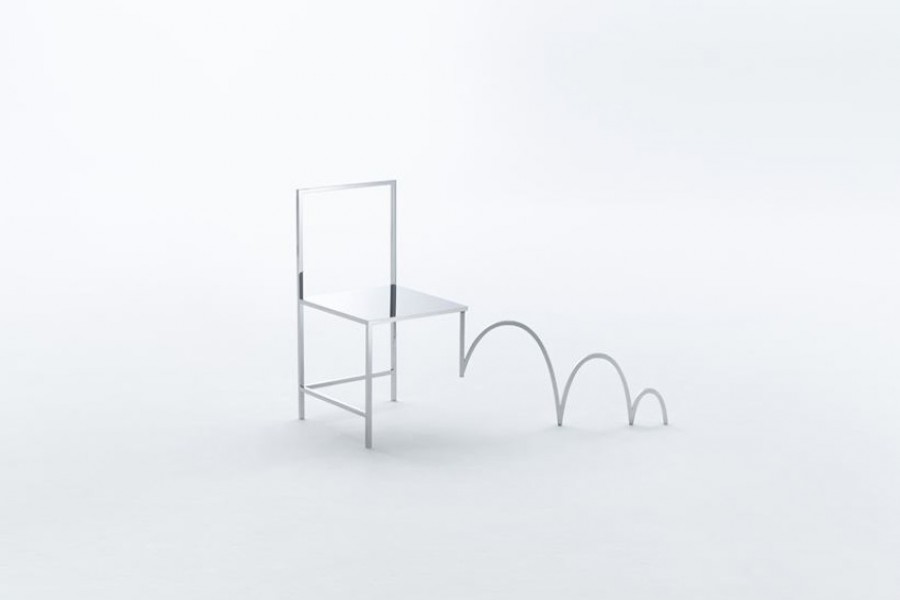 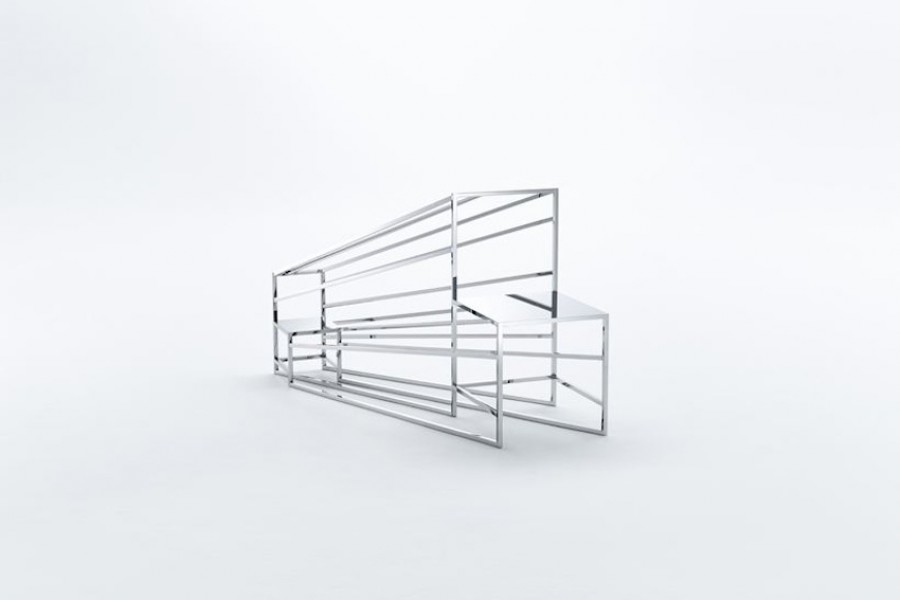 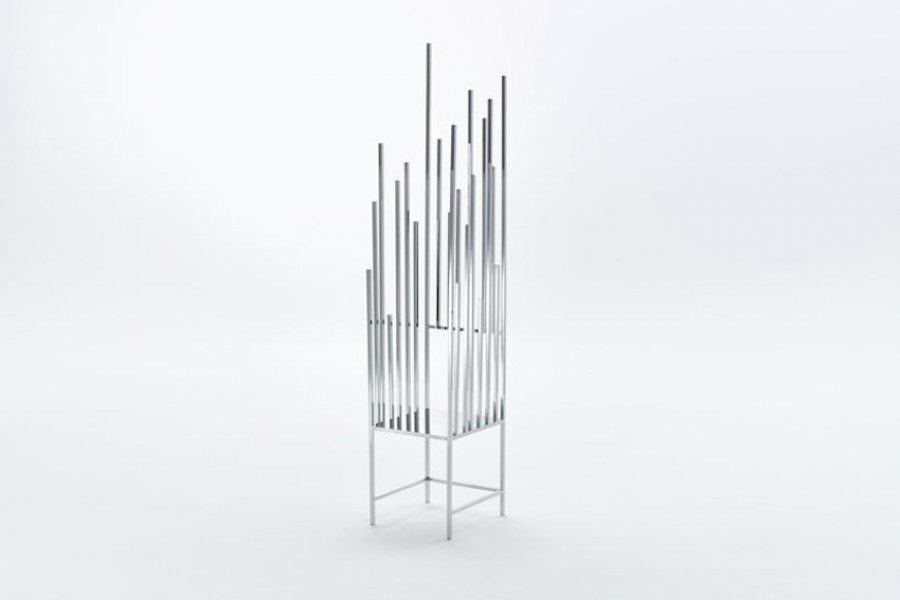 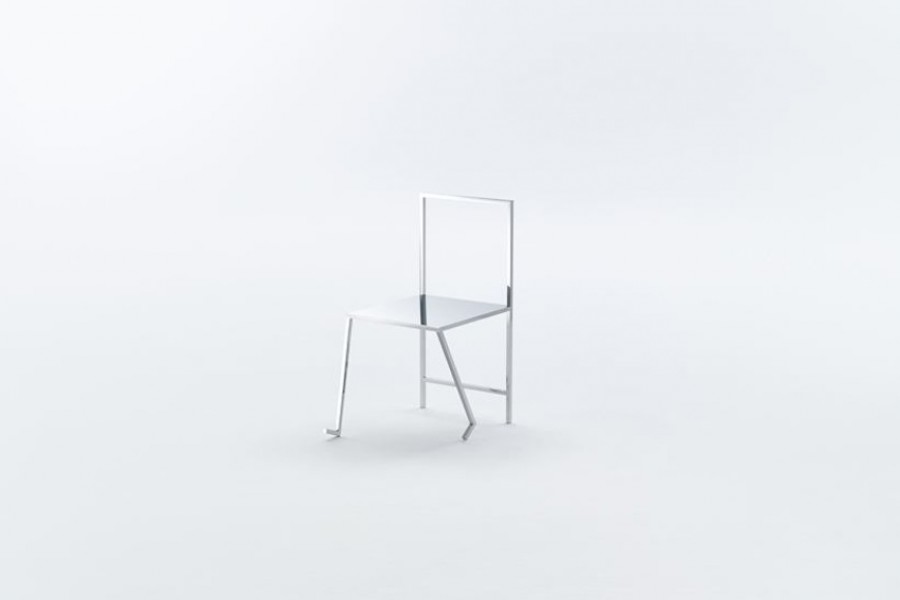 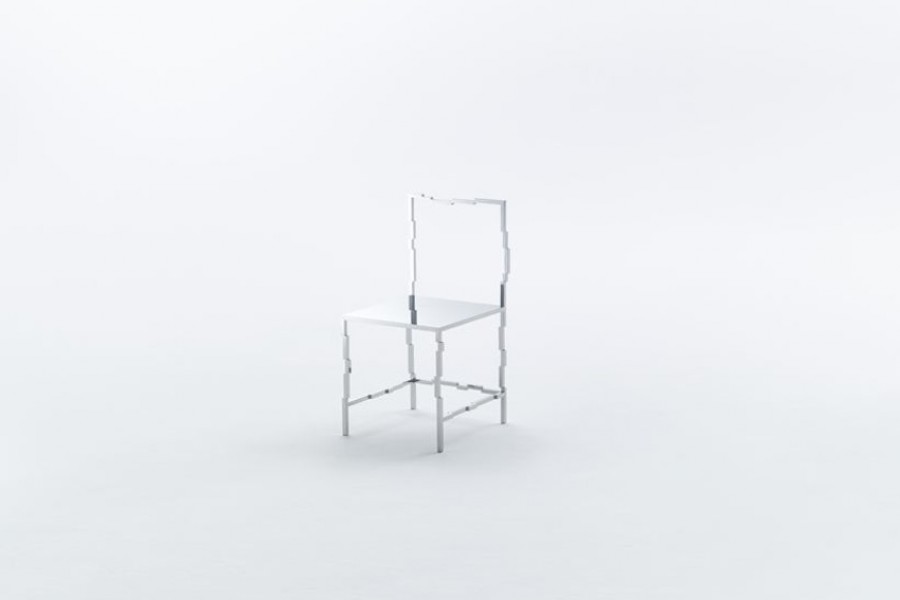 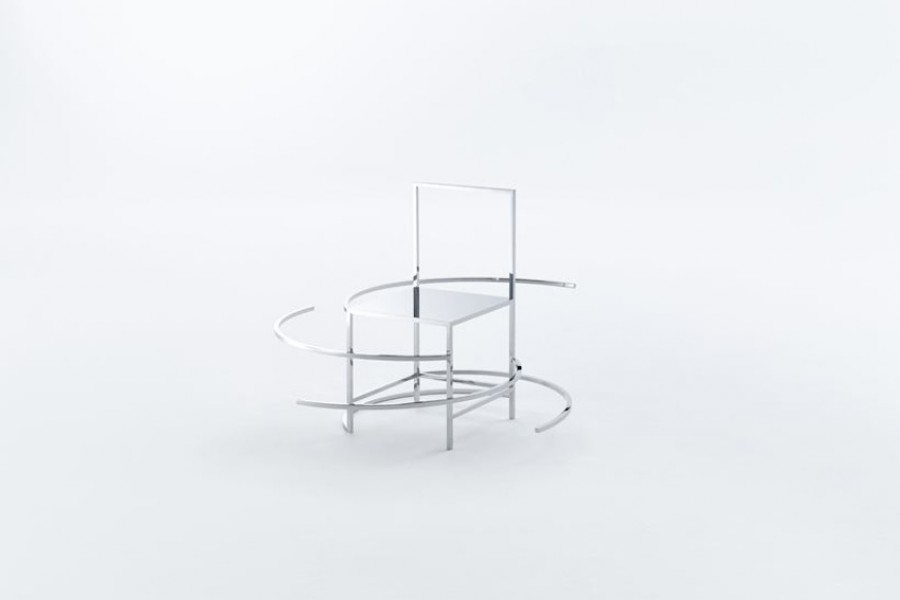 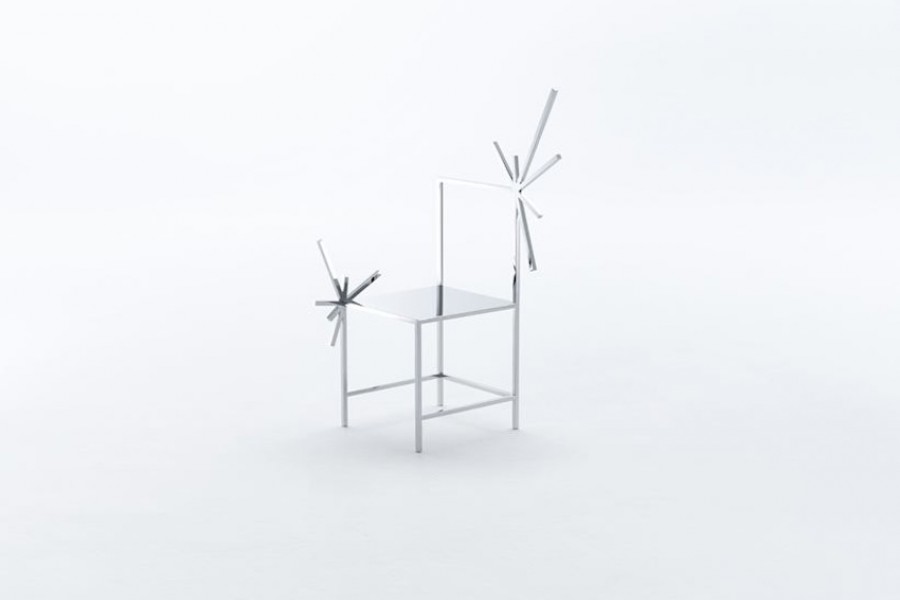 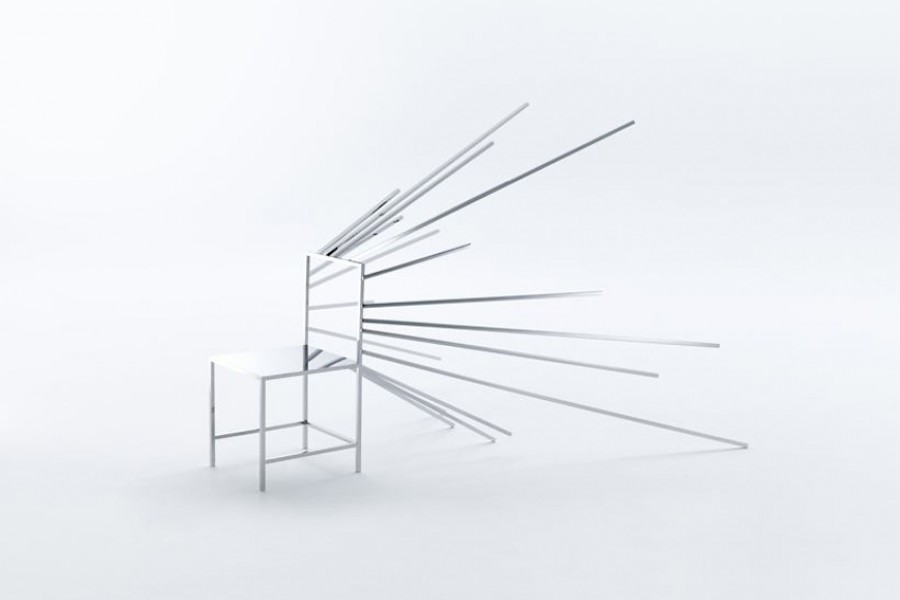 With the abstraction of manga comics in mind, physical aspects such as colour and texture are intentionally avoided as much as possible. Instead, a complete mirror finish is opted for, which generates new spatial layers as the mirror surface reflects the real world, just like manga does. Friedman Benda is an art and design gallery based in Chelsea, New York. Founded in 2007 by Marc Brenda and Barry Friedman, it hosts exhibitions by established and emerging designers like Marcel Wanders, Front, GT2P Great Things to People and Paul Cocksedge.

PINTEREST BOARD: Discover our favourite Comic-inspired design and architecture! The exhibition will be on show during Milan Design Week from the 12th to 17th of April at Chiostro Minore di San Simpliciano in Piazza Paolo VI 4. All photos by Kenichi Sonehara – Courtesy of Friedman Benda and Nendo design studio.