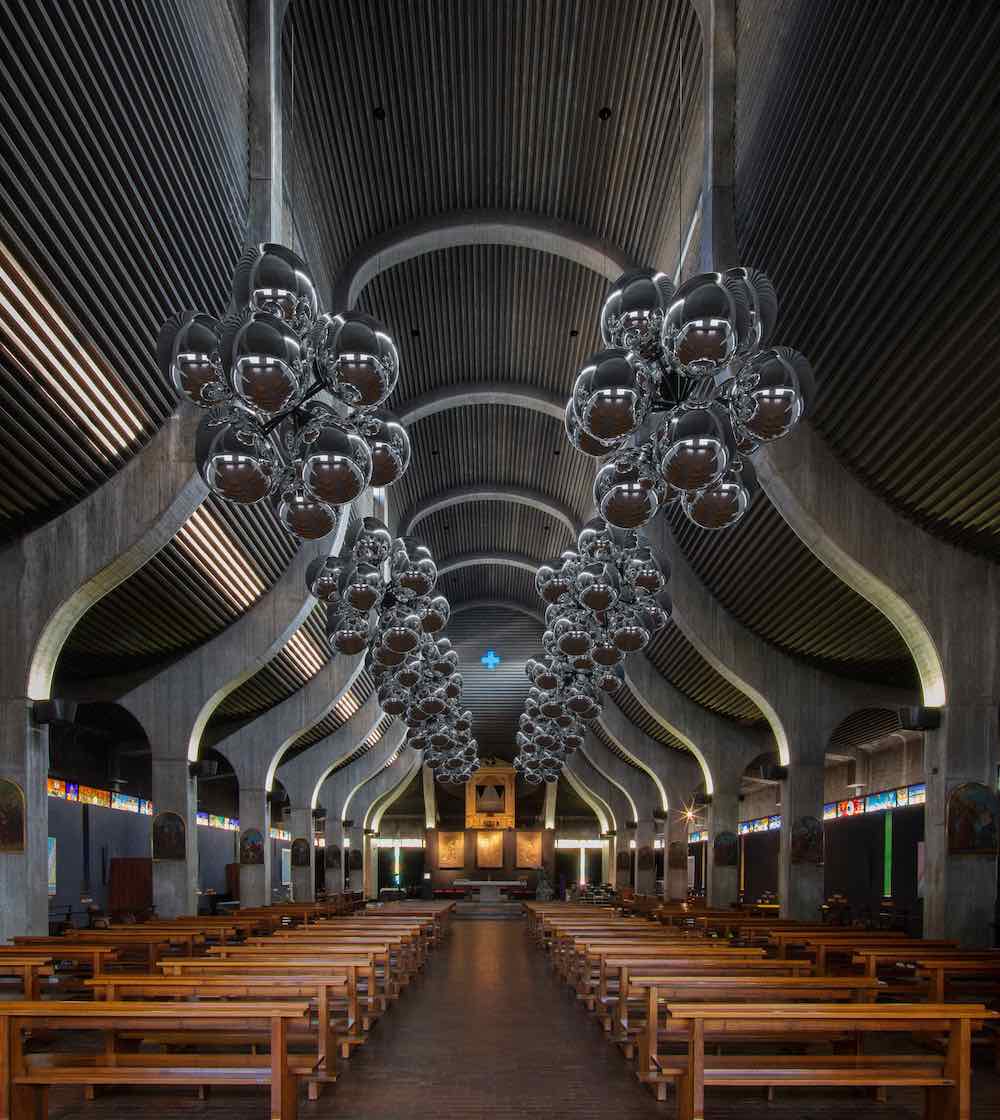 “Since the first Salone del Mobile in 1961, Milan has become the design capital of the world.” Says Tom Dixon to Archipanic. “To honour 60 years since its inception, this April, we have host a ‘24 Hours in Milan’ virtual event on what would have been this year’s first day of Salone.” 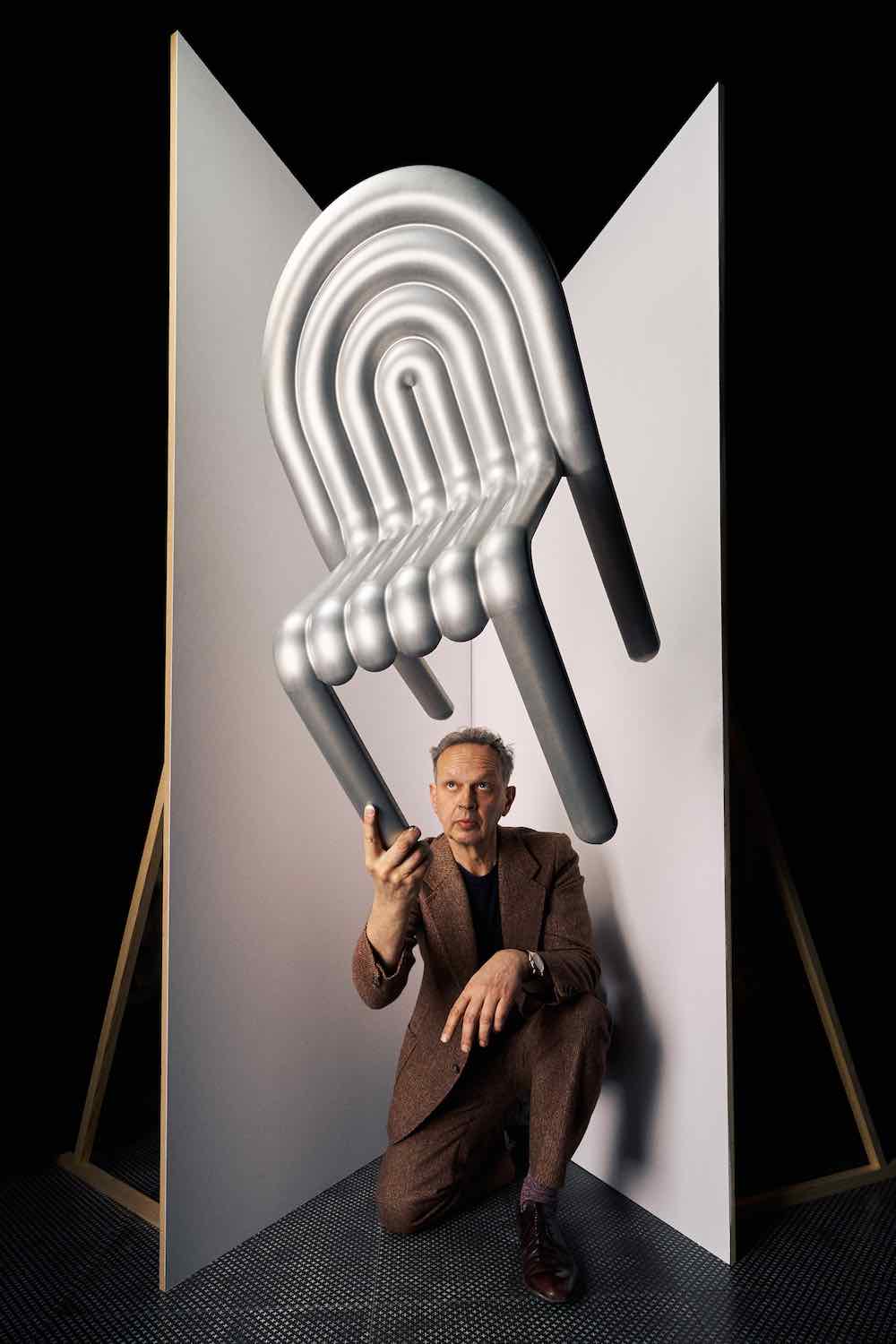 HYDRO is a limited-edition chair created in collaboration with Hydro, one of the biggest energy and aluminium companies in the world. The seat is an innovation in aluminium technology. Indeed, it has been engineered and blow-formed at high temperatures and then laser cut by robots. These methods were developed in the automotive industries to make deep and complex forms that were impossible to achieve a few years ago. 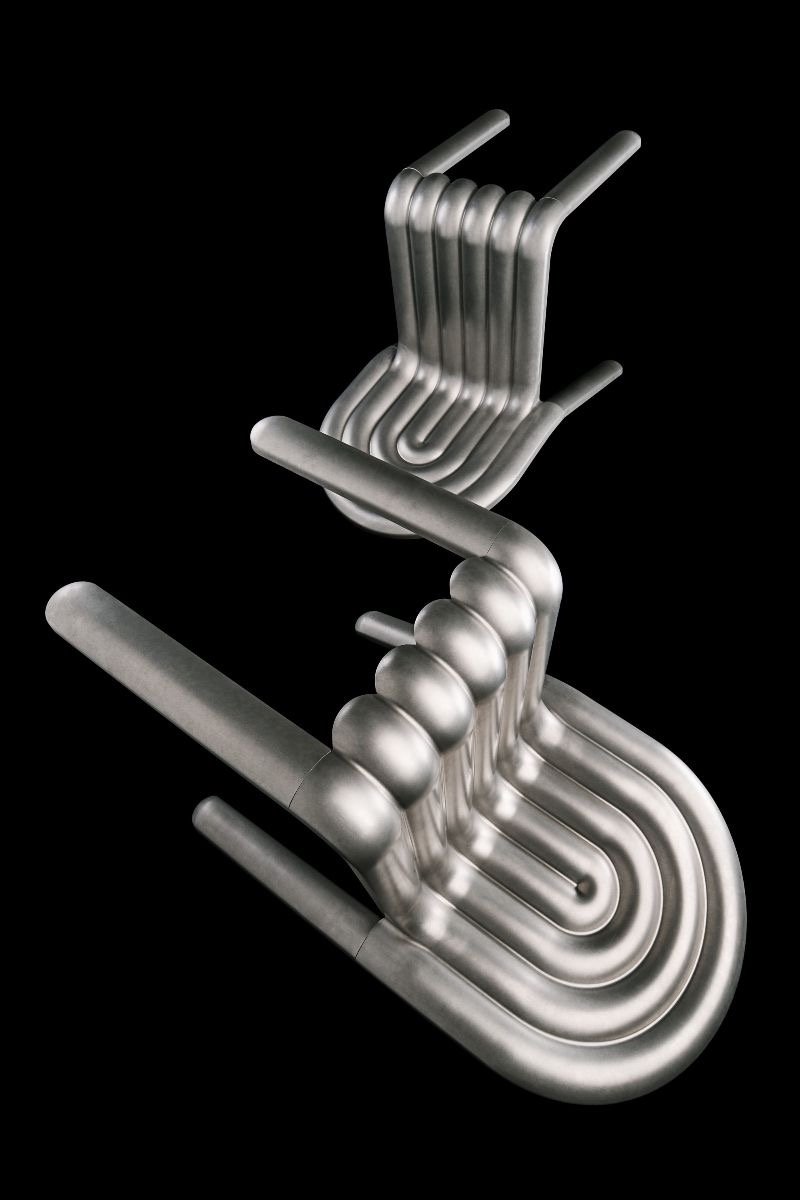 Manufactured in Canada by sub-suppliers to Tesla, the HYDRO chair is 100% recyclable. The 300 limited-edition chairs have all been signed and numbered. For Milano Design City, “we created computer-generated imagery (CGI) of the HYDRO Chairs at Palazzo Mondadori, the only Italian building from the legendary Brazilian architect, Oscar Niemeyer.” 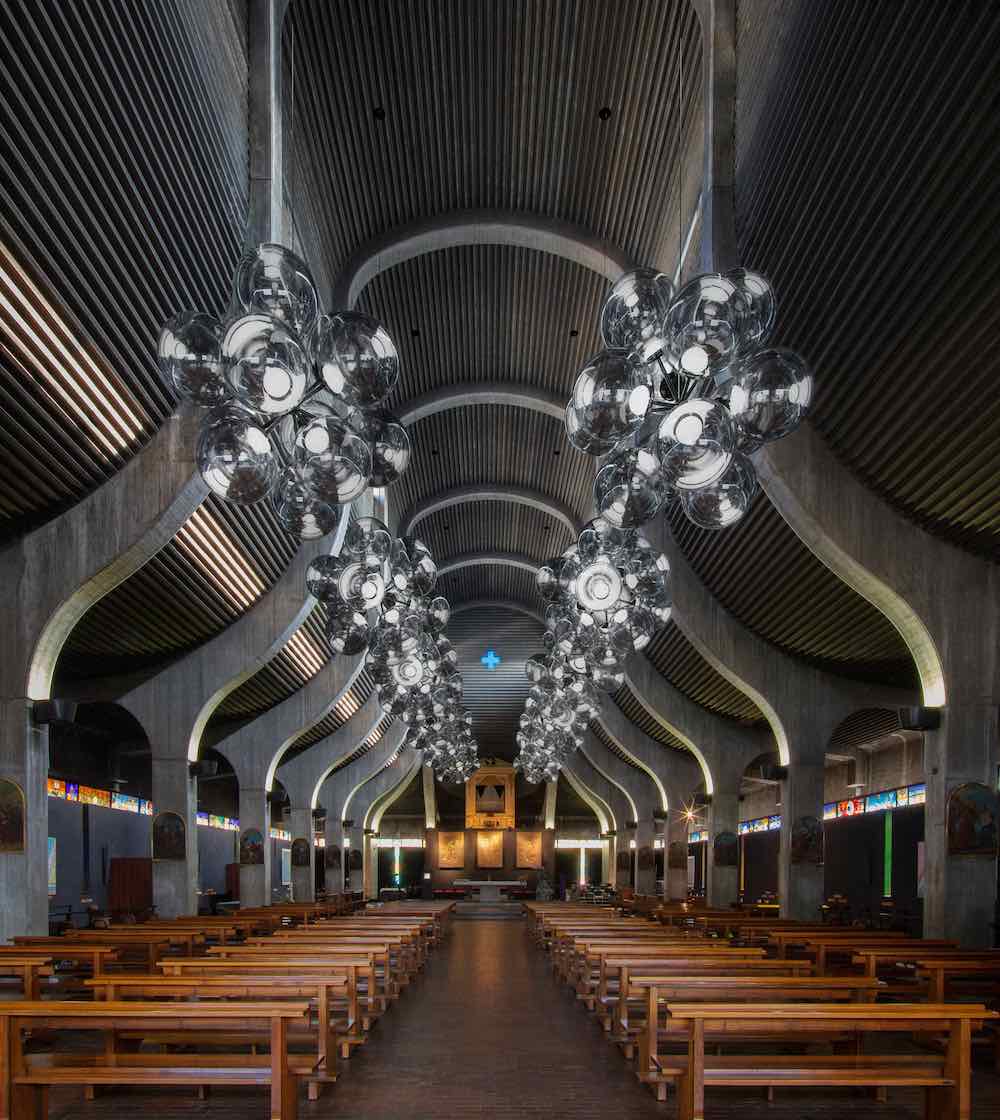 Highly reflective, BURST is made up of 12 spherical orbs which explode from a single point construction to create a spectacular chandelier, available in copper and chrome finishes. Mirrored and perfectly reflective when switched off, it reveals a multiplicity of internal reflections from the integral LED when switched on. 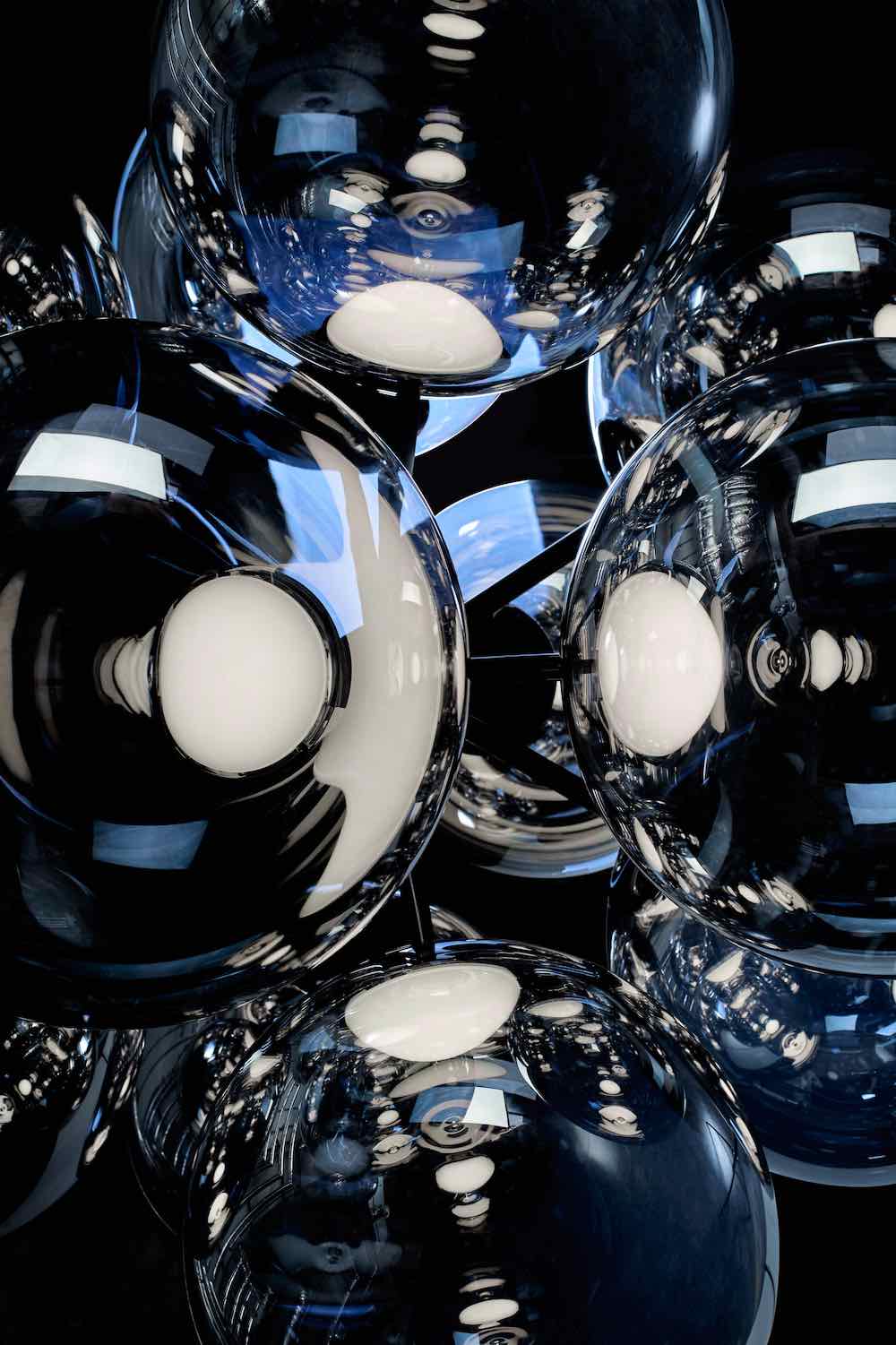 Captured inside the church of San Nicolao della Flue by Ignazio Gardella in Milan, the chandelier is intended for filling larger spaces and ceiling voids and it was inspired by an interest in molecular structures and the forward-thinking space age. 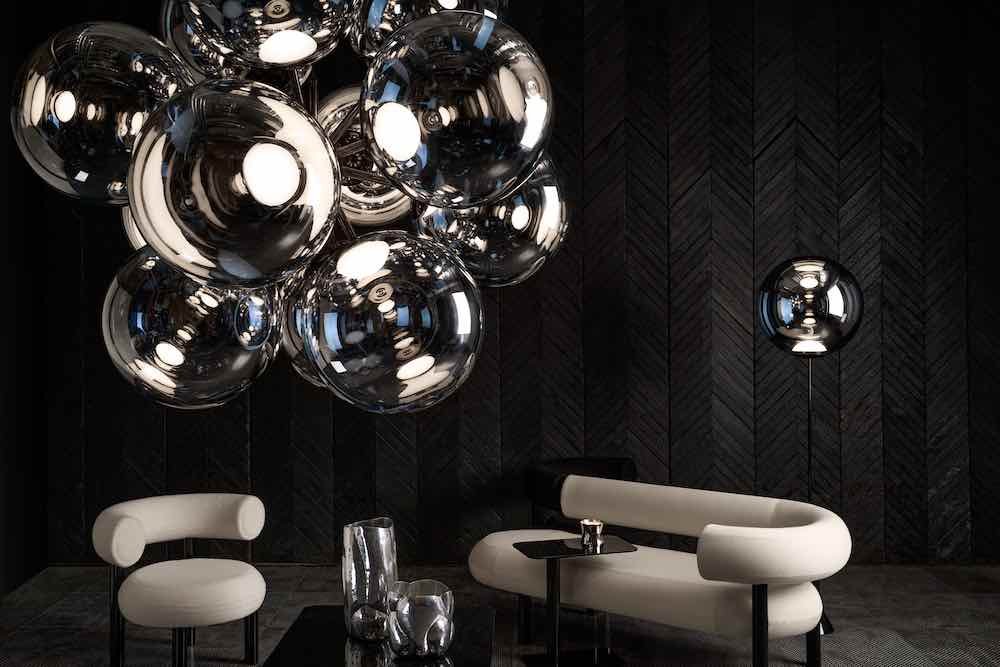 Photos and images by Tom Dixon. 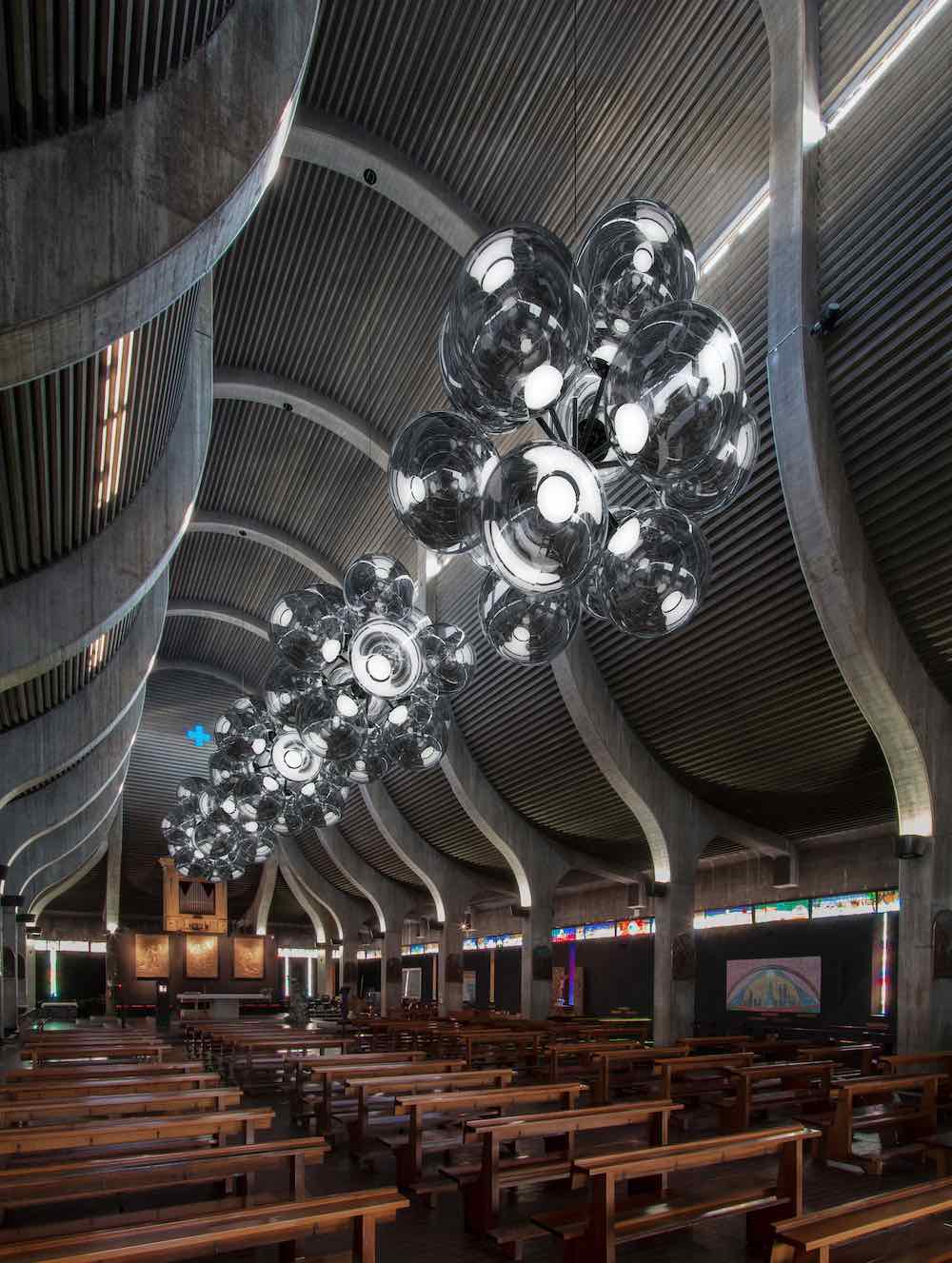