New York – Norwegian-American firm Snøhetta completed its redesign of Time Square in Midtown Manhattan carving out 2.5 acres of pedestrian-only space. The project for one of the most iconic public spaces in the world transforms a congested vehicular district into a world-class civic space. Every day, over 330,000 people move through the “bowtie”-shaped intersection of Broadway and 7th Avenue. Snøhetta’s redesign almost doubles the public space improving the experience of being in Time Square: signature buildings and spectacular signs like the glowing walls of the Bowtie create an outdoor room right in the heart of Manhattan. The project tunes with Times Square’s past and its rich entertainment history to meet the needs and expectations of both New Yorkers and tourists. Indeed, the new permanent pedestrian plaza cleared out decades of old infrastructure cluttering the square while creating a unified ground plane from building front to building front. 50-foot long granite benches allow pedestrians to move through the area more comfortably. A clear and simple ground surface made of pre-cast concrete pavers creates a strong anchor for the space, allowing the excitement of Times Square’s commercial components to shine more brightly above. “It’s not only about the new aesthetic but also the long-term physical, psychological and economic benefits on its community” said Craig Dykers, Architect and Founding Partner of Snøhetta. Since the Bloomberg administration closed Broadway to vehicles in May 2009, and the first section of Snøhetta’s pedestrian street opened to the public in spring 2014, the transformation has already had a significant impact on public safety, economic output, and user experience. 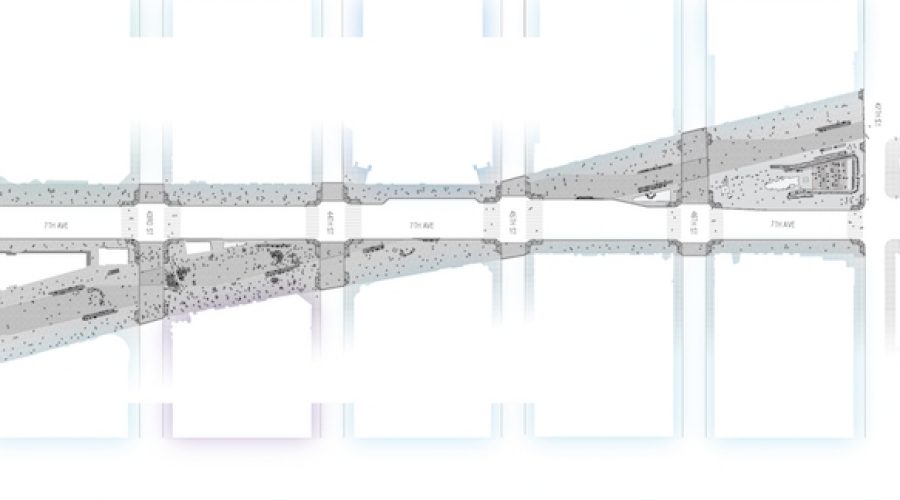 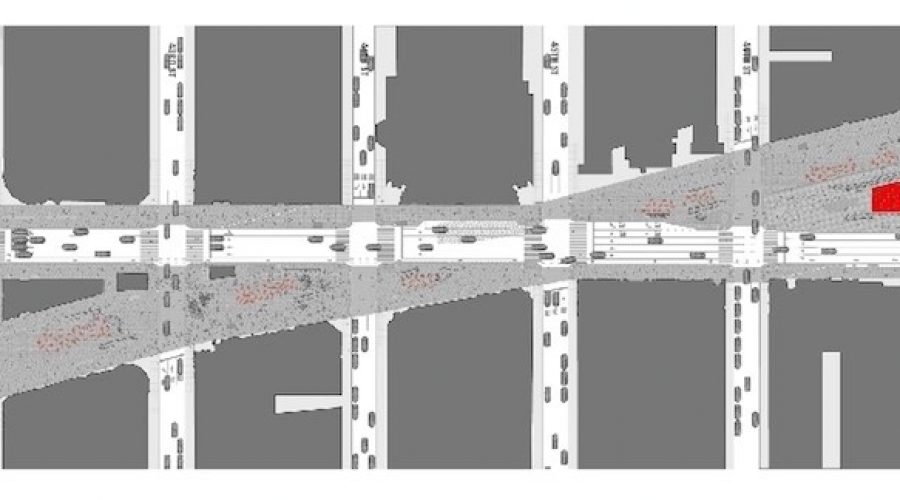 Indeed the redesign of Times Square was conceived to accommodate multiple speeds of pedestrian circulation with subtle design gestures that empower people to move in a natural, comfortable way through the space. With a significant positive impact on public safety, air quality, and economic output, the project has transformed Times Square into a world-class civic space that reflects the best of New York City, allowing the “Crossroads of the World” to retain its edge while refining its floor. All photos by Micheal Grimm – Courtesy of Snøhetta. Covid-19 has re-shaped iconic carnival capitals from Rio to Venice and New Orleans February 26, 2021
Greenhouse 2021: 7 students’ furniture designs on show in Stockholm February 23, 2021
The best of Stockholm Design Week 2021 is on Archipanic. Check our Pinterest board! February 19, 2021
Stockholm 2021: 7 design launches in the Swedish capital February 16, 2021