What do replicants,Queens of Dragons and Hitchcock spies and  have in common? On Frank Lloyd Wright 150th anniversary we round up 12 movies and tv series proving how the architect’s visionary style inspired some of the most iconic stories ranging from fantasy sagas, sci-fi masterpieces and thrillers. 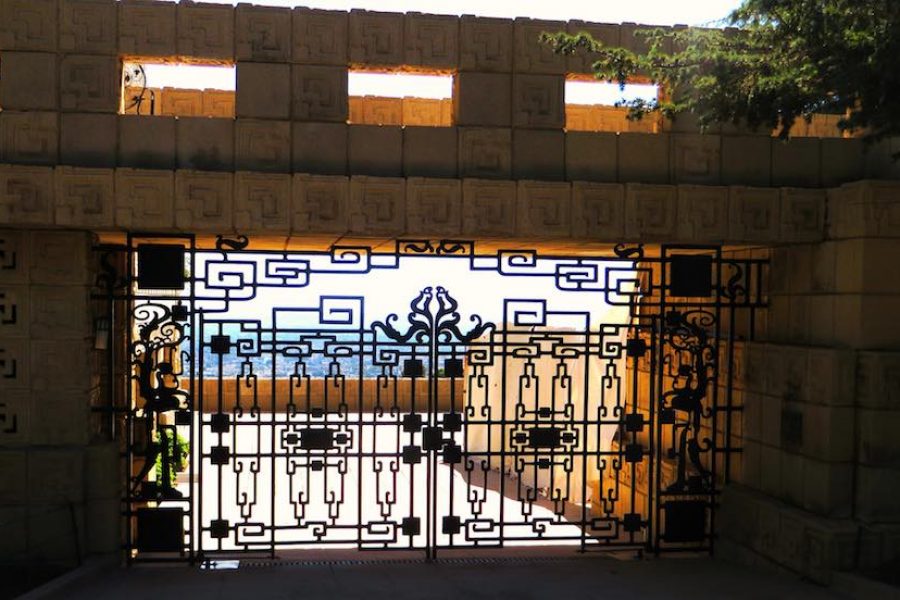 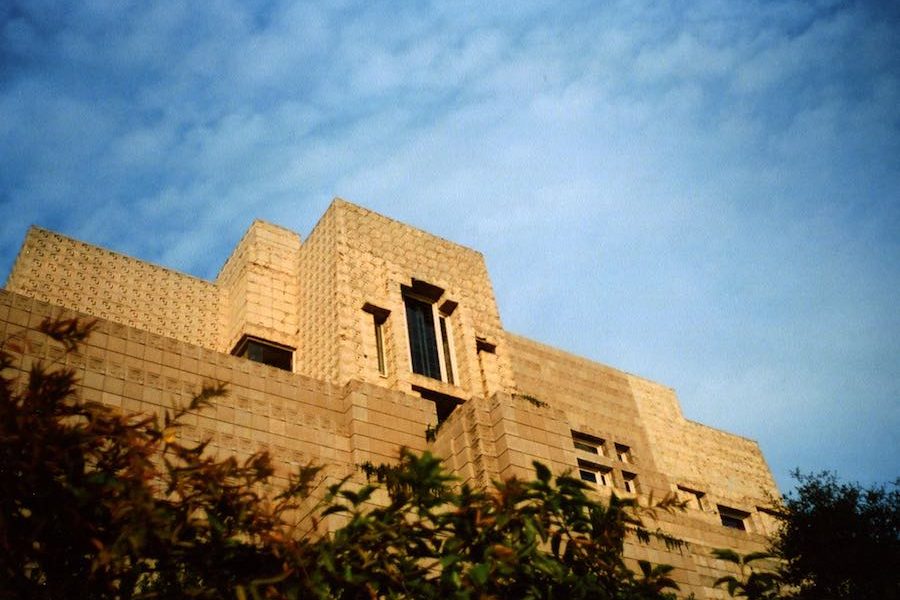 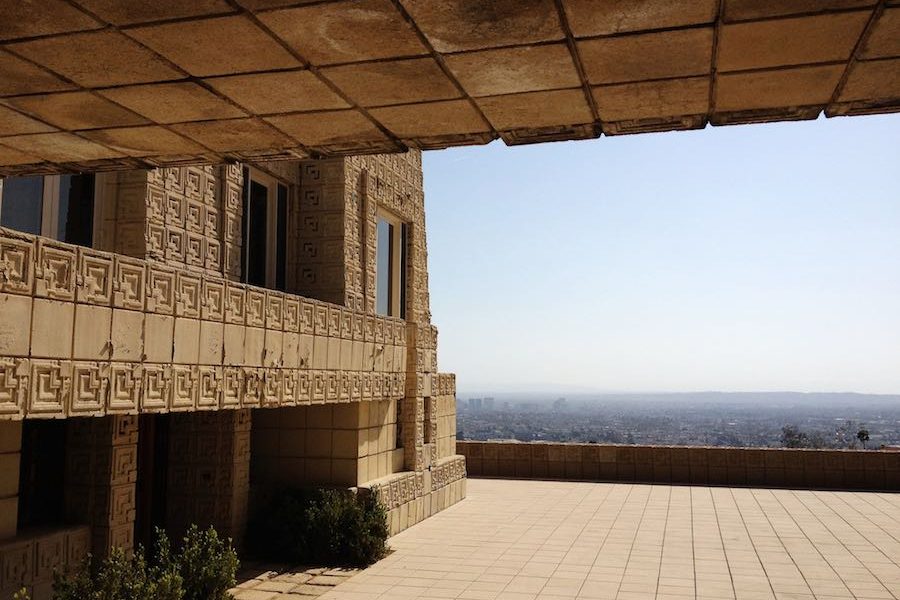 When Frank Lloyd Wright completed the Ennis House in 1924 he couldn’t have never guess that the Mayan-inspired style of the textile block home in Los Angeles would have become a major inspirational source for movie genres that didn’t even existed at the time. In Blade Runner, the interiors of replicant-hunter Rick Deckard’s apartment are based on the Ennis House. According to Ridley Scott: “Frank Lloyd Wright’s architectural pattern strengthens the decadent and post modern feel“. [Watch a scene]

Frank Lloyd Wright’s Mayan revival achitecture inspired the setting of the Mereen palace of The Queen of Dragons Daeneris Targaren. Australian designer and architect Deborah Riley, Games of Thrones production designer and art director, said to Curbed that “these buildings have a certain domesticity to them, but they also felt sort of monolithic and ancient at the same time. There’s a sense they could be inside a pyramid”. The Ennis House was also the spooky set of iconic B-Movie The House on Haunted Hill starring Vincent Price. Here the Mayan revival is the backdrop for a dystopian combination of styles creating a rather unnerving atmosphere. A haunted and disquieting feeling overwhelms also David Lynch’s Mulholland Drive protagonists walking through the doorframe of Club Silencio [Watch from 01:00]… The house can also be seen in Twin Peaks‘ soap opera show-in-show called Invitation to Love.

Alfred Hitchcock was a great admirer of the Falling Water House, the iconic residence stretching towards nature with a set of cantilevered concrete volumes blurring indoor and outdoor spaces. That’s why he specifically requested to create a Frank Lloyd Wright’s style residence for the final scenes of North by Northwest. To save his heroin, the protagonist, Cary Grant, reaches a modernist cantilevered villa sitting on top of a rock by Mount Rushmore. Unfortunately, the building doesn’t exist. It was constructed from a blend of matte paintings and practical sets created by the in-house set designers at MGM studios in Culver City. Years later, the same set hosted slow-motion architectural explosion of Michelangelo Antonioni’s Zabriskie Point. Also the Solomon R. Guggenheim Museum in New York is very popular in movies, most of the times casting as itself. In Woody Allen’s Manhattan (1979), the spiraling architecture of the building seems almost to wrap and entwine the protagonist Isaac Davis with the snobbery rubs of a young neurotic poseur (Diane Keaton) – Watch scene.

In Men in Black (1997), Will Smith has to run through the floors to chase an alien jumping vertically across the building – Watch scene from 03.15. In The International (2008), an Interpol agent attempts to expose a high-profile financial institution’s dirty business . After a high-stakes chase across the globe, the museum hosts one of the movie’s bloodiest-scenes – Watch the trailer. Poster of “The International”.

Completed in 1962, The Marin Civic Center in San Rafael, California, is Frank Lloyd Wright’s last commission and largest public project. The architect’s beliefs for an ‘organic’ architecture are exquisitely represented in a project blending with the surrounding nature. The dome linking the two dominant buildings creates a Guggenheim effect but also a sense of peace and freedom. That’s probably why Andrew Niccol and George Lucas found this architecture ideal to express values of liberation and redemption in their sci-fi movies Gattaca and THX-1138. Both stories are set in an aseptic future where the protagonists have to rebel against heir rigidly controlled societies. Produced by Francis Ford Coppola, THX-1138 (1971) is George Lucas’s first feature film (Watch the Director’s Cut Trailer). Andrew Niccol’s Gattaca is a biopunk sci-fi drama bringing genetic experimentation issues to the extreme.

In The Big Lebowsky by Joel and Ethan Coen (1998), slacker Jeff “the Dude” Lebowski (Jeff Bridges) ‘makes himself at home’ in John Lautner’s Sheats-Goldstein house in Beverly Hills. “There are almost no 90-degree angles in the house. John was very much opposed to a box-like approach to design,” explains owner James Goldstein, who donated the house and its contents to the Los Angeles County Museum of Art. John Lautner, Frank Lloyd Wright’s apprentice and protegè, completed the residence in 1962 inspired by his master’s ‘organic’ architecture. Indeed, the building seems hidden amid greenery and opens to the surrounding enviroment with volumes in glass and concrete. Watch the scene. In 1959, the Della Walker House in Carmel-by-the-Sea, California, became the prestigious set of a scandal under the sea. The residence reminds a stone and glass sturdy ship embracing the ocean from the coastline and designed “to be as durable as the rock”. The project became the set of A Summer Place (1959) an iconic romantic drama involving scandals related to social class-divide and generational contrasts.