After a century Mont Saint Michel can be an island again thanks to the new causeway and jetty by Dietmar Feichtinger Architectes that stretch from the continent to the Unesco World Heritage site in Normandy, Nothern France. The almost 2 km long project is now open to pedestrians and will soon be open to cars as well.

The studio searched for continuity and perfect integration into Mont Saint Michel magical landscape; indeed, the almost transparent architecture seems to disappear on the horizon allowing the tides to reach the bay again. Built on a rock in the bay, the magical atmosphere of the medieval town of Mont Saint Michel has been threatened by a tide-blocking dam that prevented nature from shaping the landscape with a tidal excursion of 14 m.

The dam was built to allow continuos and safe access to the city; but without the work of the tides the estuary of a river filled the bay with sand deposits and Mont Saint Michel lost its insularity.

A perfectly horizontal deck merges into the horizon contrasting the verticality of the abbey. Its slenderness is achieved by a sequence of 134 pillars with only 24,4 cm of diameter and a distance of 12metres between each pair. Thanks to a tide-resistant concrete foundation, obstruction to water is minimized. During high tide, sea level is just under the level of the deck giving the impression of walking on water. The new causeway and the 756-metre-long jetty features a central roadway for shuttle services that will inaugurate in november. Pedestrians can already reach the island thanks to wooden-decked walkways that run along the central roadway offering stunning views. 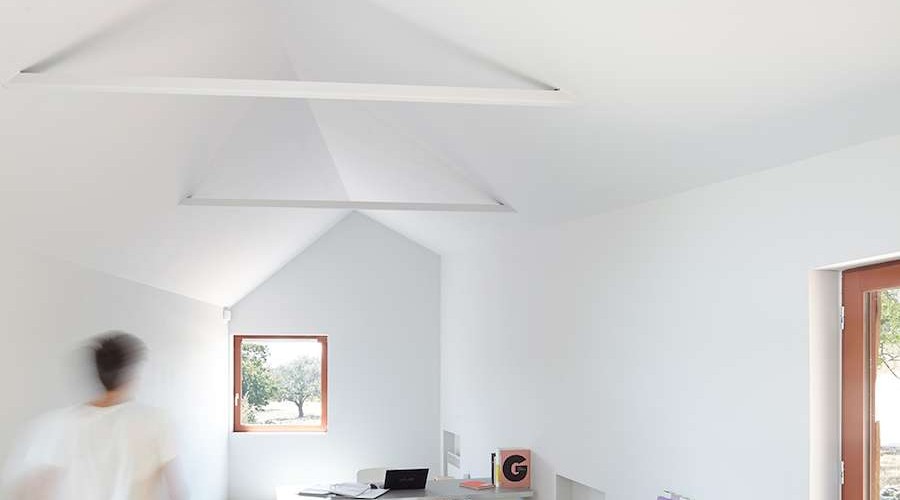 Few materials are applied harmonising with the colours of the bay. Whenever possible they are applied untreated. The modification of the aspect with time and weather conditions corresponds to the roughness of the medieval constructions.

Also light is discrete: it guides the visitors and underlines the walk path. The splendour of the lit up monument contrasts with the spare light on the access paths. Photos: courtesy of Dietmar Feichtinger Architectes.