Venice 2016 – At the 15th Venice Architecture Biennale, Spain and Catalonia pavilions showcase the efforts of architects working during the crisis with two almost specular exhibitions: Unfinished and Aftermaths. The first one features photographs of recent projects that show how practices working under economic struggle developed new solutions for buildings left uncompleted due to the collapse of the real estate bubble. Curated by Iñaqui Carnicero and Carlo Quintás, the Spanish Pavilion was awarded at Venice Biennale with the Gold Lion “for showing how creativity and commitment can transcend material constraints“.

On the other side, Aftermath showcases projects that were designed and completed during the economical crash. Videos narrate the daily routines of the buildings’ inhabitants several years after the emergency.

“The crisis made us more resourceful” says to ArchiPanic Spain Pavilion curator Iñaqui Carnicero. “We are very happy about the Golden Lion as it awards the work of many offices solving architecture problems using their intelligence with a positive attitude. By completing unfinished buildings, they had to deal with the built and unbuilt environment but they also often had to continue the work of others as well”.

“There are few places in the world with a housing boom so intense. The lack of reflection over whether many of new buildings were necessary or valid led to an uncompleted urban scape when the complexion was discovered to not to be economically viable. The exhibition presents the optimistic view of those who fought back against this recent past, understanding these inherited construction as an opportunity“.

In the central room, 7 photographic series testify the brutal unbuilt heritage of the insensitive and clumsy real estate bubble “that sought rapid profits at any cost and will be difficult to integrate and assimilate for many years” say curators.

RELATED STORIES: Read more about design and architecture related to the economic crisis…

The other rooms host 55 projects grouped in 9 categories “that encourage wide paths for mending today’s critical condition”. The selection includes interventions aiming to consolidate and preserve buildings at risk like the restoration of the ruins of a historical church near Tarragona by Ferran Vizoso, Nùria Bordas, Jordi Garriga and David Garcia. The architects installed a trasparent EFTE roof that gives the perception of being outside but protects the site from further deterioration.

On show also the reconversion of pre-existing buildings for new use like Flores & Prats’ transformation of Casal Balanguer palace in Palma de Mallorca. From a private palace to a Cultural Centre for the city, the studio nested a “suspended house” in the complex courtyard creating new spaces for exhibitions and archives. In Barcelona, ARCHIKUBIK worked on the re-opening to the public Rei Marti water deposit originally designed by Antoni Gaudi and only recently discovered by accident as it was hidden underground under a Pine forest (Slideshow below by ©Adrià Goula).

Other projects question the established use of materials. Harquitectes created an interstitial, narrow and long red brick home that provides lights and privacy thanks to small yards that separate the communal areas from the bedrooms in the back. Also Carles Enirch aquitectura + urbanismo used cheaper and low-mainteinace clay-bricks to erect a skinny tower nesting an elevator that connect upper old city of Gironella with the new urban development below.

Many architects had to adapt exisiting spaces for new requirements. Sauquet Arquitectes designed their studio in Barcelona in a former printshop that was abandoned during the crisis. The studio chose not to hide nor the original architecture nor the more recent scars. They kept the original workshop entrance as well as an open cistern in the backyard. 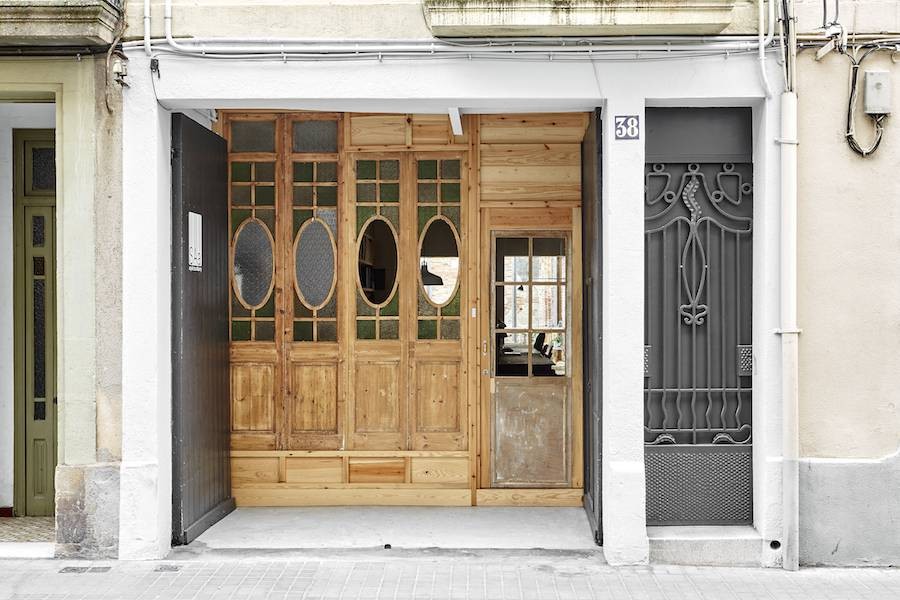 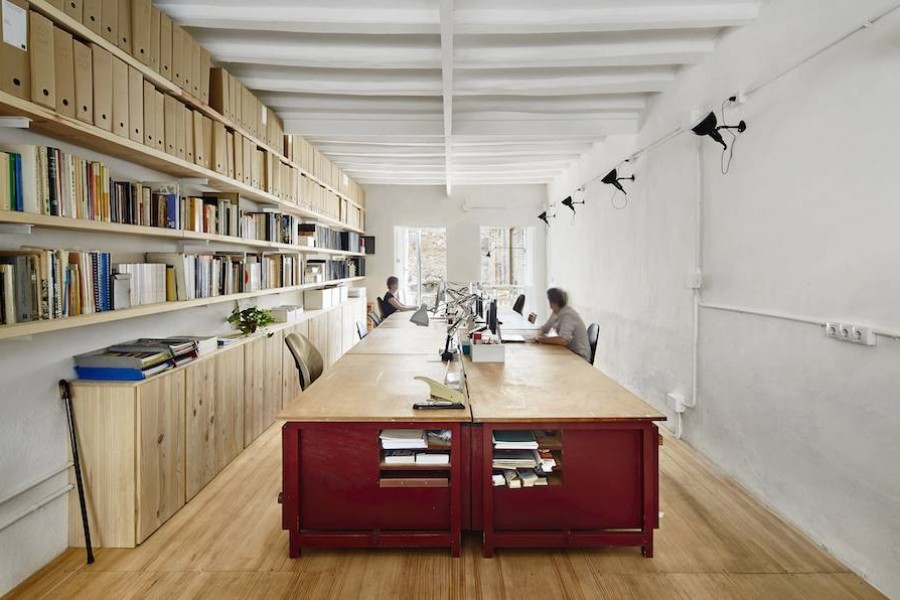 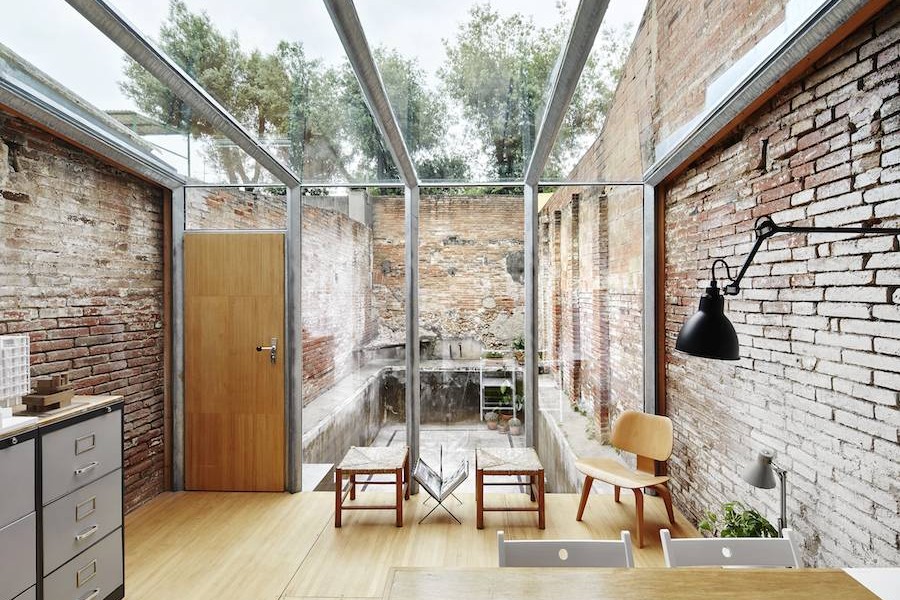 On show also projects that intersect pre-exisitng buildings or perch on top of each others like the work of Paredes Pedrosa arquitectos’ at Oropesa, Toledo. The studio undertook the construction of an unfinished aerial connection between a XV century castle and a church.  Two houses with narrow courtyards were embedded across arches and walls.

The Unfinished exhibition features projects that highlight the beauty of the inconclusive construction, techniques and materials that can no longer be attained. FRPO Rodriguez and Oriol Arquitectos completed the Pabellón de San Lucas in Madrid leaving bare sufaces and plain geometrical volumes to dialogue the the surrounding vegetation.

Among the selected projects: an hospital, a housing tower for young people (now inhabited by elderly people), a riverside intervention that has become a park, a cinema that evolved into a cultural centre and an efficient soup-kitchen. The Catalonia Pavilion is a project by the Institut Ramon Llull, the Aftermath exhibition is curated by Jaume Prat amd Jelena Prokopljevic and film maker Isaki Lacuesta.