Milan 2017 – nendo celebrates the 50th anniversary of Kartell‘s iconic plastic cylindrical chest Componibili with a family of furniture and accessories inspired by the iconic modular design of the Italian leading brand. 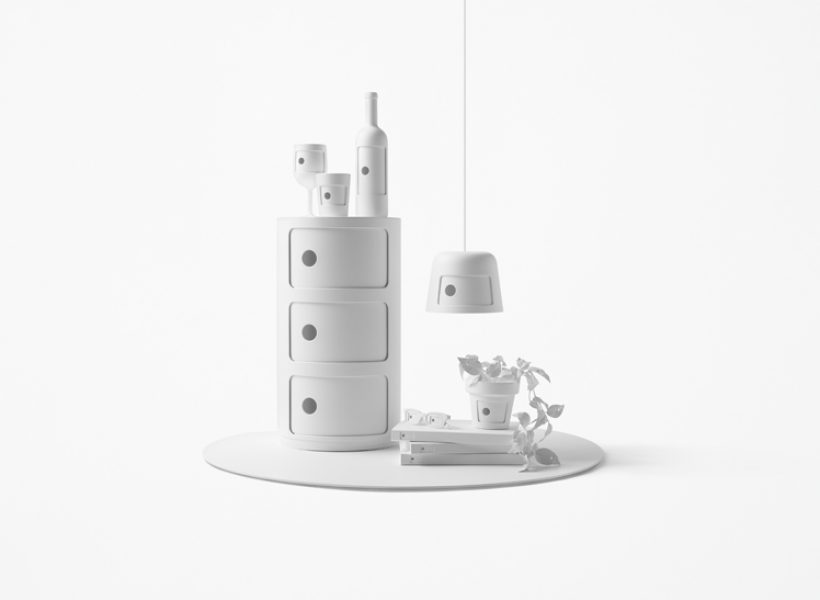 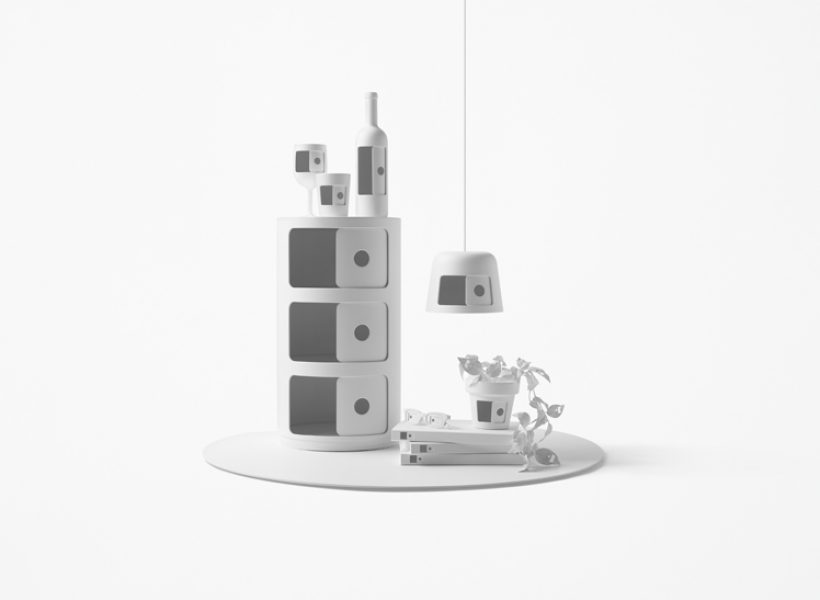 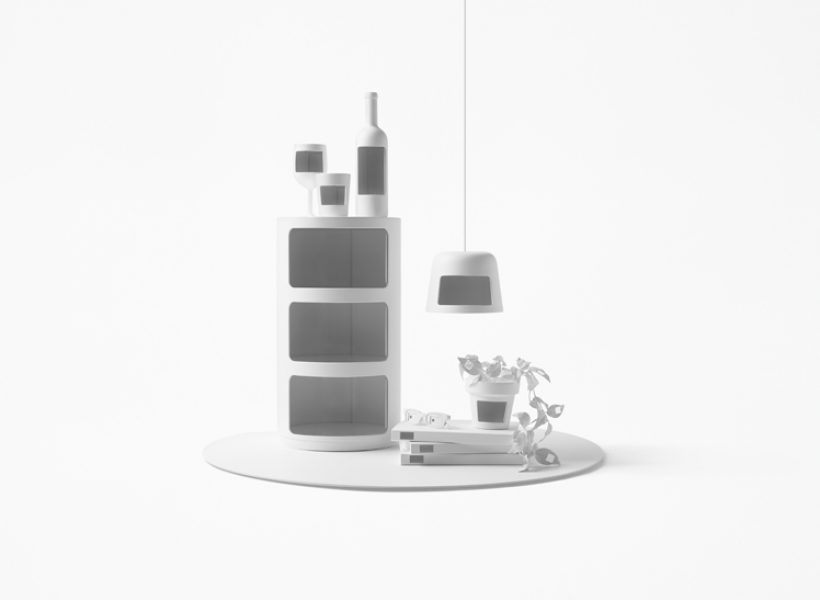 “The speciality of Componibili is its simple appearance and function that fits naturally in various types of interior and its ease-of-use. Therefore, several everyday sundries in the room unsurprisingly “gather” around it. In other words, it is rarely seen on its own.” Says nendo’s founder Oki Sato. Since the appearance resembles “one big family” rather than “one piece of furniture”, the possibility of creating an expression like a “family photo” was explored by turning the sundries that gather around into the same design as the componibili. The cups, wine bottles, and the cork that was placed on the side all have the same doors details as componibili. Additionally, books, glasses, lamps, and leaves as well as the planters have all become members of the “componibili” family. Designed by Anna Maria Castelli, Componibili debuted at Salone del Mobile in 1967 and become one of the most iconic pieces of Kartell, a leading design brand known for furniture made of plastic. The furniture is part of the permanent collection of MoMA in New York and the Centre Georges Pompidou in Paris. Initially named mobili 4970/84, Componibili were the first furniture entirely printed using the Abs injection technology which was brand new at the time. The designs responded to younger people’s need for a less traditional but more flexible and informal house. Indeed they can work as a table or a night stand and can be stacked or assembled like Lego bricks. All photos by Akihiro Yoshida, courtesy of nendo.