DesignMiami/ 2015. Would you rest in the mouth of a killer whale, a predator from the abyss or other marine creatures? Cape Town gallery Southern Guild presents Monstera Deliciosa, a consciously crafted collection of underwater animal-shaped hanging seatings by South African designer Porky Hefer. “My pieces get people to think about nature, and its fragility” Says Porky Hefer “‘They’re also about protecting local crafts so that these traditions don’t die out”. Indeed, all Monstera Deliciosa designs have been created using unique local artisanal skills that include weaving, stitching and splicing. Fiona Blackfish is a killer whale shaped hanging chair made with stitched black and white leather covering the external parts. The design is completed with tail and a full set of fins and flippers. A fluffy pink tongue is surrounded by leather cushion-teeth. 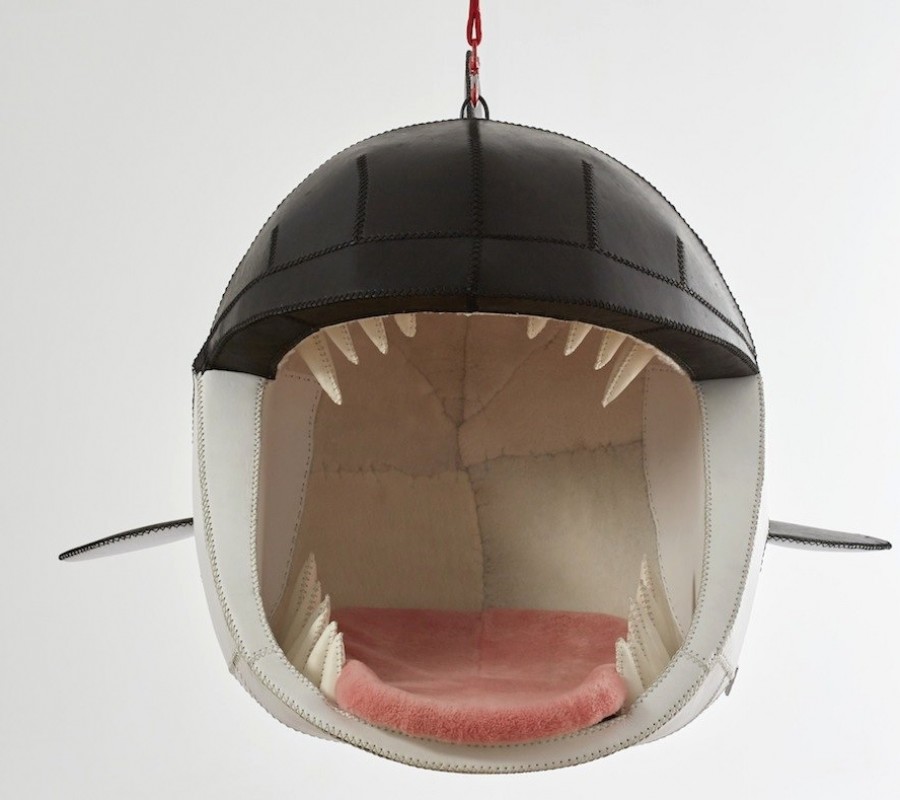 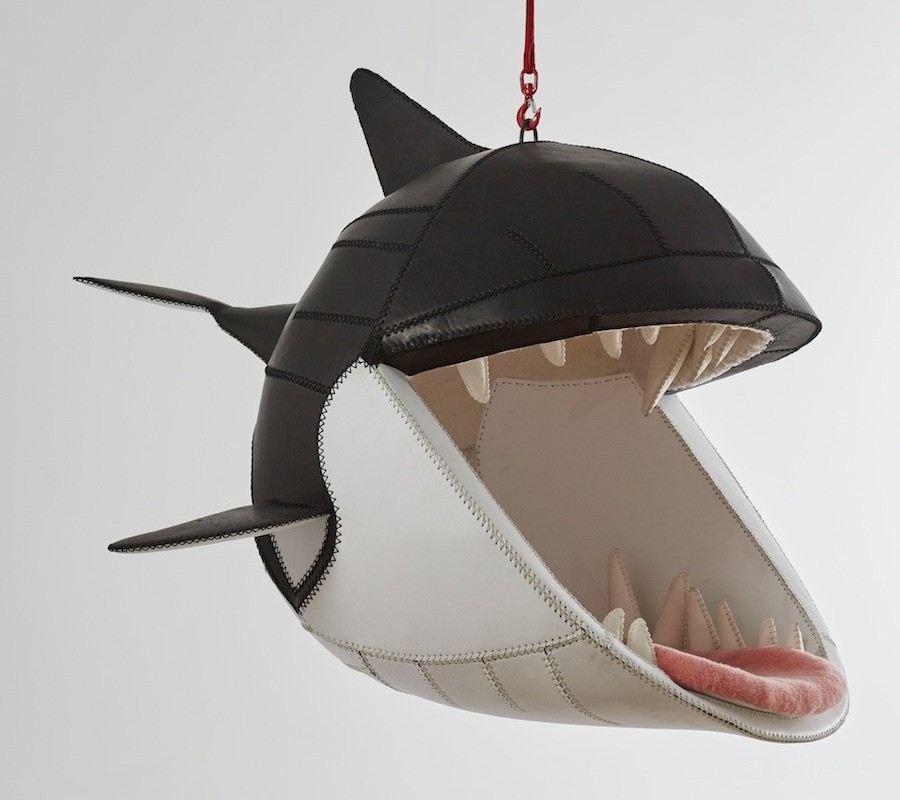 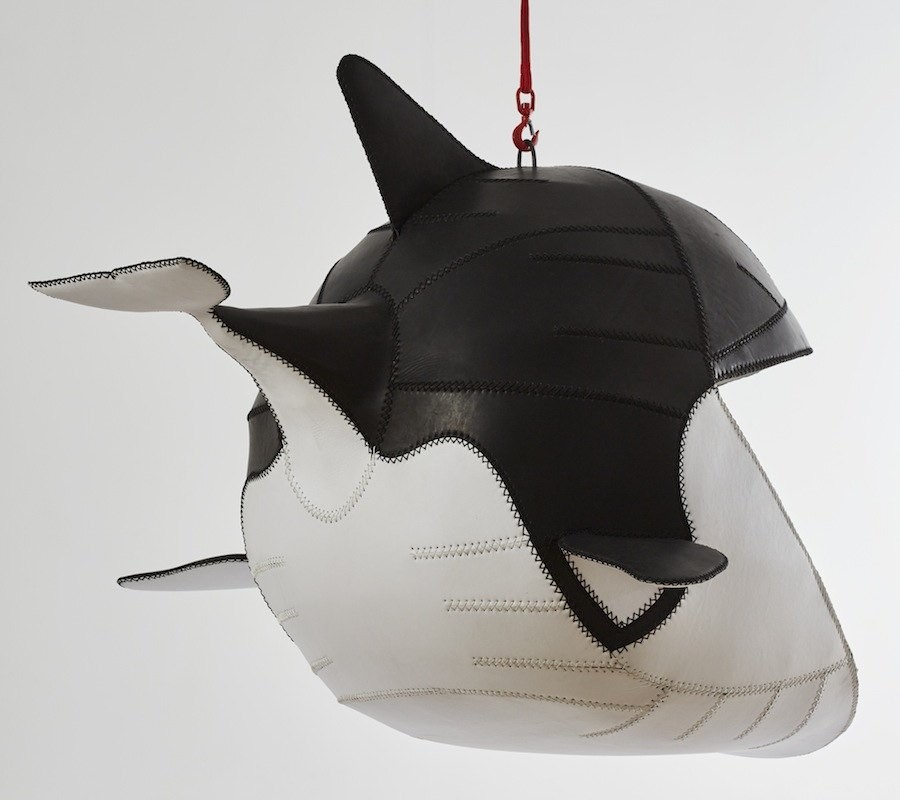 All the animal-nests are part of the Monstera Deliciosa exhibition at Southern Guild in Cape Town until the 5th of february. On show also a crocodile donning avocado leather, to a puffer fish woven with Kooboo Cane and a pelikan named Pelicanus Iris that creates asoft leather alcove by opening its large beak. The anglerfish inspired seating is made with brown leather and has a set of big and soft white teeth. The abyss creature is provided with a luminous lure hanging above the mouth like a fishing rod. Porky Hefer has trasformed the lure into a lantern. The collection is hand made using the skills of local craftsmen starting from the weaving process that was carried out by Cape Town Society for the Blind. “One is playing with these skills in this way. People are latching on to technology, but this evolves so quickly that it’s hard to benefit from it, because by the time you master a technological aspect it’s already dead” Adds Porky Hefer. RELATED STORIES: Celia-Hannes studio teamed with Cape Town craftsmen to create a “frugal” collection of furnitures that links design from the Northern and Southern emispheres. Monstera Deliciosa was made possible through the support of Woodhead’s, Cape Town’s original leather merchant since 1867.