Iconic sci-fi architecture: Ghost in the Shell – Frame from the official trailer.

Sci-Fi – Self-driving cars, outer space exploration, synthetic organs and robots are already a reality… But we still need to be thrilled and mesmerised by a vintage idea of future. In 2017, digital technologies will revive Ridley Scott’s Alien and Blade Runner, the VIII episode of Star Wars and the movie adaptation of the anime Ghost in the Shell. In the meantime, the creator of TV series Mr. Robot Sam Esmail started to work on a miniseries inspired by Fritz Lang’s Metropolis. The return of sci-fi classics offers a playful reflection on important issues that have never been solved. Can we really dominate Nature? How can we prevent social inequity and urban decadence? How can the new technologies help us to improve without taking over us? Which is the difference between rebellion and terrorism?

Directed by Denis Villeneuve Blade Runner 2049 will be out on June 10. The original movie (1982) was inspired by a Philip Dick’s novel and narrates the story of replicants’ hitman Rick Deckard (Harrison Ford) in a futuristic Los Angeles. The protagonist hunts bioengineered ever-young androids who show more human feelings than their killer. In the last scene, a clue raises the doubt that Deckard himself might not be human after all. Warner Bros recently released the Blade Runner 2049 teaser that seems to pay homage to the original aesthetics.“Replicants are like any other machines, they’re either a benefit or a hazard. If they’ are benefit is not my problem. […] I had your job once” Says an old Rick Decker (Harrison Ford). “It was simpler then” replies the new protagonist interpreted by Ryan Gosling. Ridley Scott produced also the ultimate Alien movie that will be released on May 19. The trailer features a shower scene that reminds Psycho and anticipates the monster’s appearance. The long awaited xenomorph creature will show off on the big screen again after a cameo in Prometheus (2015), the first movie of the new prequel saga. Giger who won an Academy Award™ for the design work of Alien created also furniture and interiors inspired by the notorious monster including a baby cradle and a Alien-ish corporate meeting room. “An art therapy”, he used to say. Ghost in the Shell – Frame from the official trailer.

On the 29th of March Ghost in The Shell will be back on the big screen with digitally crafted urban-scapes and real actors: Scarlett Joahnson, Pilou Asbæk, Michael Pitt, Juliette Binoche and Takeshi Kitano. Directed by Rupert Sanders, the movie is based on the Arise episode of Japanese cyberpunk media franchise by Masume Shirow.

Ghost in the shell follows the adventures of The major, a female cyber-terrorist fighting against crime in a fictional Japanese metropolis. The story is set in a future where technology can replace any part of the human body including brains with their own conscience. The 90’s futuristic architecture envisioned by Japanese designers permeates the storyline with dramatic shots. 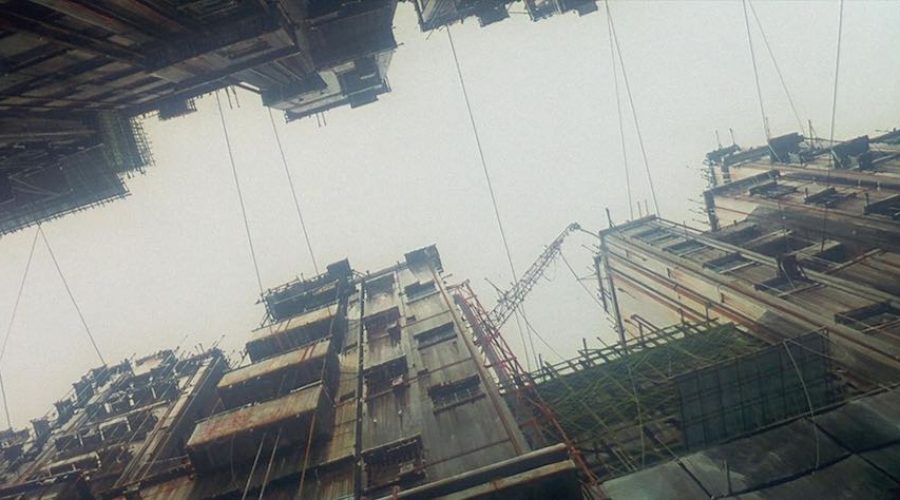 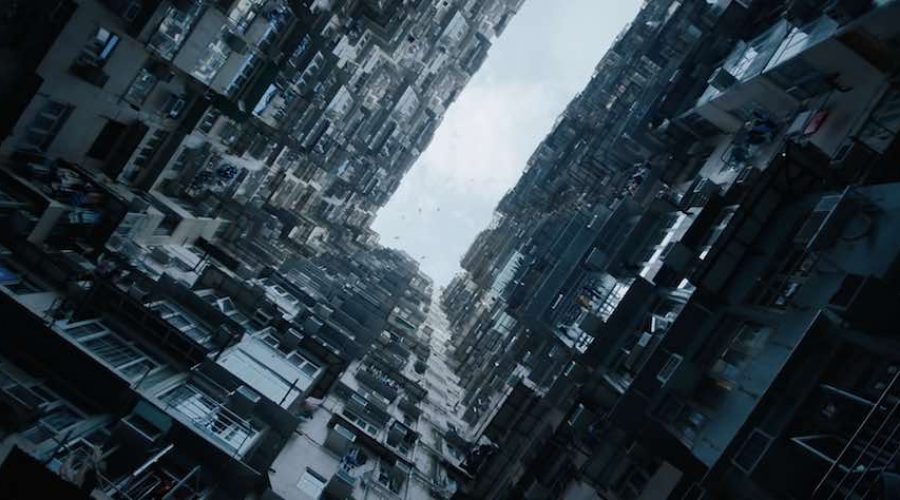 At the end of 2017, Star Wars will be back with the 8th episode of the saga. ArchiPanic already looked into the design of the rolling droid starring in the 7th episode, but the new trailer features already new robots and epic battles – Read more… Star Wars Episode VII: The Force Awakens – Frame from the official teaser, click on the picture to watch.

According to The Hollywood Reporter, Sam Esmail, creator of successful TV series Mr. Robot , is developing a miniseries based Fritz Lang’s Metropolis 90 years after first projection of the the sci-fi classic. The story is set in 2026 in a dystopian society where plutocrats structured the city in vertical layers according to the different social strata.

Risking everything they know, two star-crossed lovers from opposite sides of the divide must find a way to bring down the whole system. Metropolis cult architecture has been inspiring sci-fi culture for almost a century. The movie features also the first cyborg in the history of cinema. The new project is at a very early stage and, if all goes well, it might be on TV in 2020. A scene of iconic sci-fi masterpiece Metropolis  by Fritz Lang, 1927. Ghost in the Shell Arise – Frame from the official trailer.