With Casa Bahia Azul and the adjacent painter’s atelier, architect Felipe Assadi takes a “stance towards designing on a slope” by nesting concrete into the wilderness of the Chilean coast near Los Vilos. The project extends discreetly on a rocky bay with geometrical apertures. Assadi intersected the inclined cuboid shaped architecture with the minimalist interiors that are tuned with the horizontal line of the sea. “The Casa Bahía Azul is a pavilion that is slanted to take in the slope of the hillside where it is located, with the program developed on several semi-levels that are internally related, horizontally” said Assadi. The architecture is partially hidden enhancing the contrast between nature and human intervention. The building features rectangular and squared openings that offer a view on the coast from stairs that lead to the apartment. Inside, concrete keeps dominating while furnitures are arranged around full views on the bay. The interiors relate with the sea horizon contrasting the diagonal tension of the house. 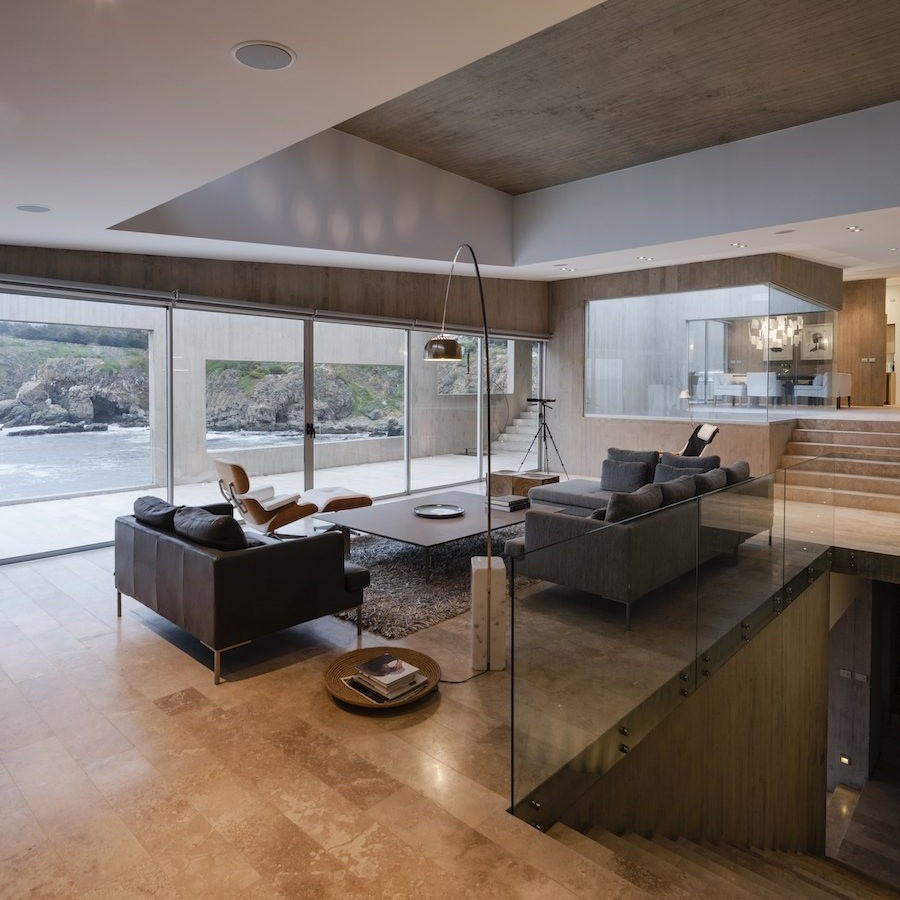 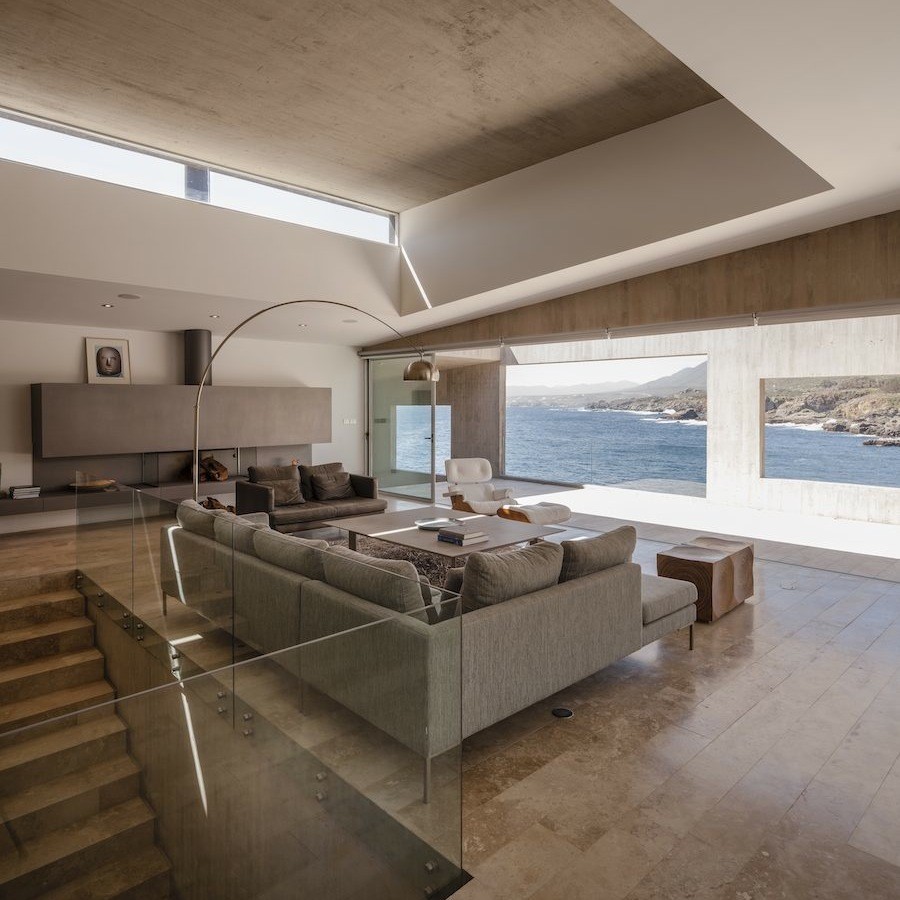 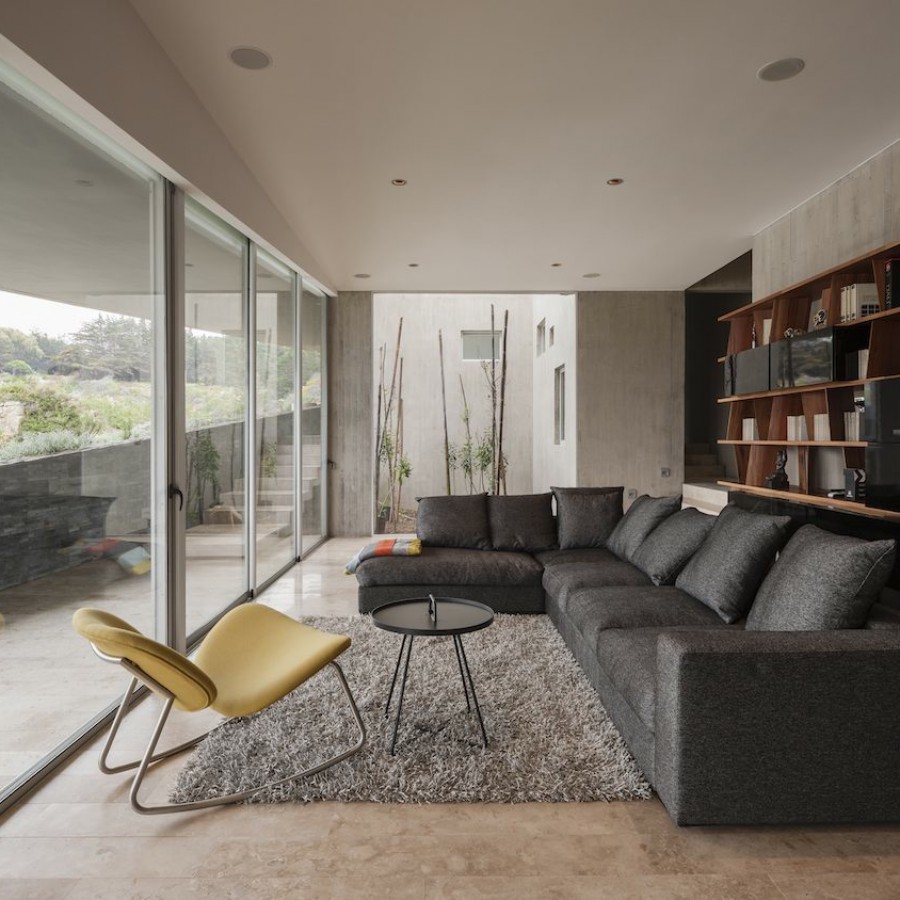 Next to Casa Bahia Azul, Felipe Assadi designed the workshop of a painter. The concrete architecture is encased in the hill with a view of the bay and it is almost impercievable from inland.

A floating staircase leads to a generous open plan area kept minimal. The interiors host canvas and painting equipment. A floor-to-ceiling window leads to a concrete frame that extends toward the bay creating a panoramic patio. Both Casa Bahia Azul and the adjacent painter’s atelier were created by Felipe Assadi with architects Francisca Pulido and Alejandra Araya. Felipe Assadi is a Chilean architect and university professor based in Santiago.